Seismologists have recently begun utilizing low-cost nodal sensors in dense deployments to sample the seismic wavefield at unprecedented spatial resolution. Earthquake Early Warning Systems (EEWS) and other monitoring networks (e.g. wastewater injection) would also benefit from network densification; however, current nodal sensors lack power systems and/or real-time data transmission required for these applications. A candidate sensor for these networks may instead be a low-cost, all-in-one package such as the OSOP Raspberry Shake 4D (RS-4D). The RS-4D includes a vertical component geophone, 3-component accelerometer, digitizer, and near real-time miniSEED data transmission, and costs only a few hundred dollars per unit. Here, we step through instrument testing of three RS-4Ds at the Albuquerque Seismological Laboratory. We find the geophones have sensitivities constrained to within 4% of nominal, but that they have relatively high self-noise levels compared to the broadband sensors typically used in seismic networks. To demonstrate the impact this would have on characterizing nearby events, we estimate local magnitudes of earthquakes in Oklahoma using Trillium Compact broadband sensor data from U.S. Geological Survey (USGS) aftershock deployments as well as 23 Raspberry Shakes operated by hobbyists and private owners within the state. We find that for ML 2.0-4.0 earthquakes at distances of 20-100 km from seismic stations, the Raspberry Shakes require events of magnitude ~0.3 larger than the broadband sensors in order to reliably estimate ML at a given distance from the epicenter. We conclude that RS-4Ds are suitable for densifying backbone networks designed for studies of local and regional events. 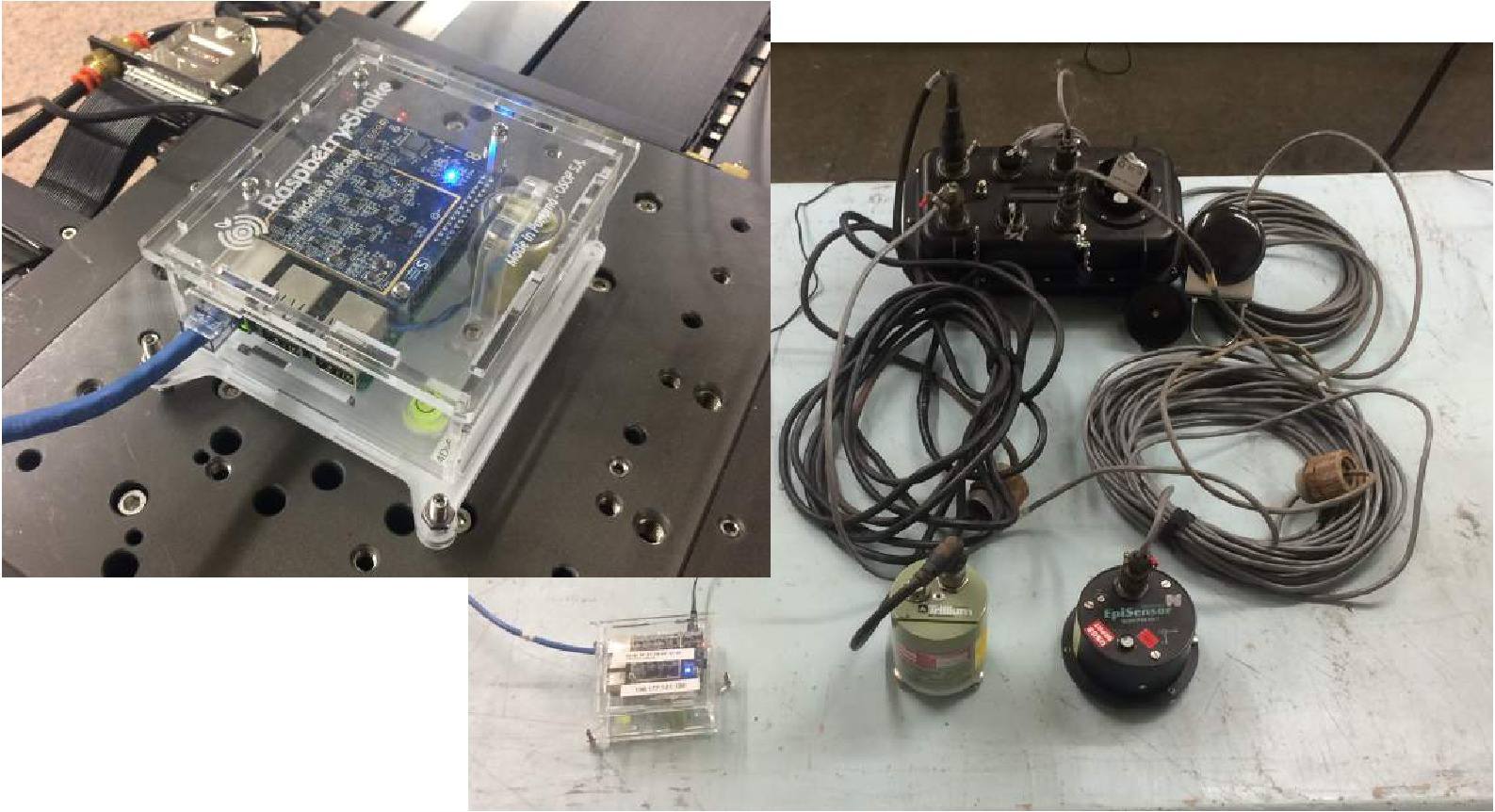 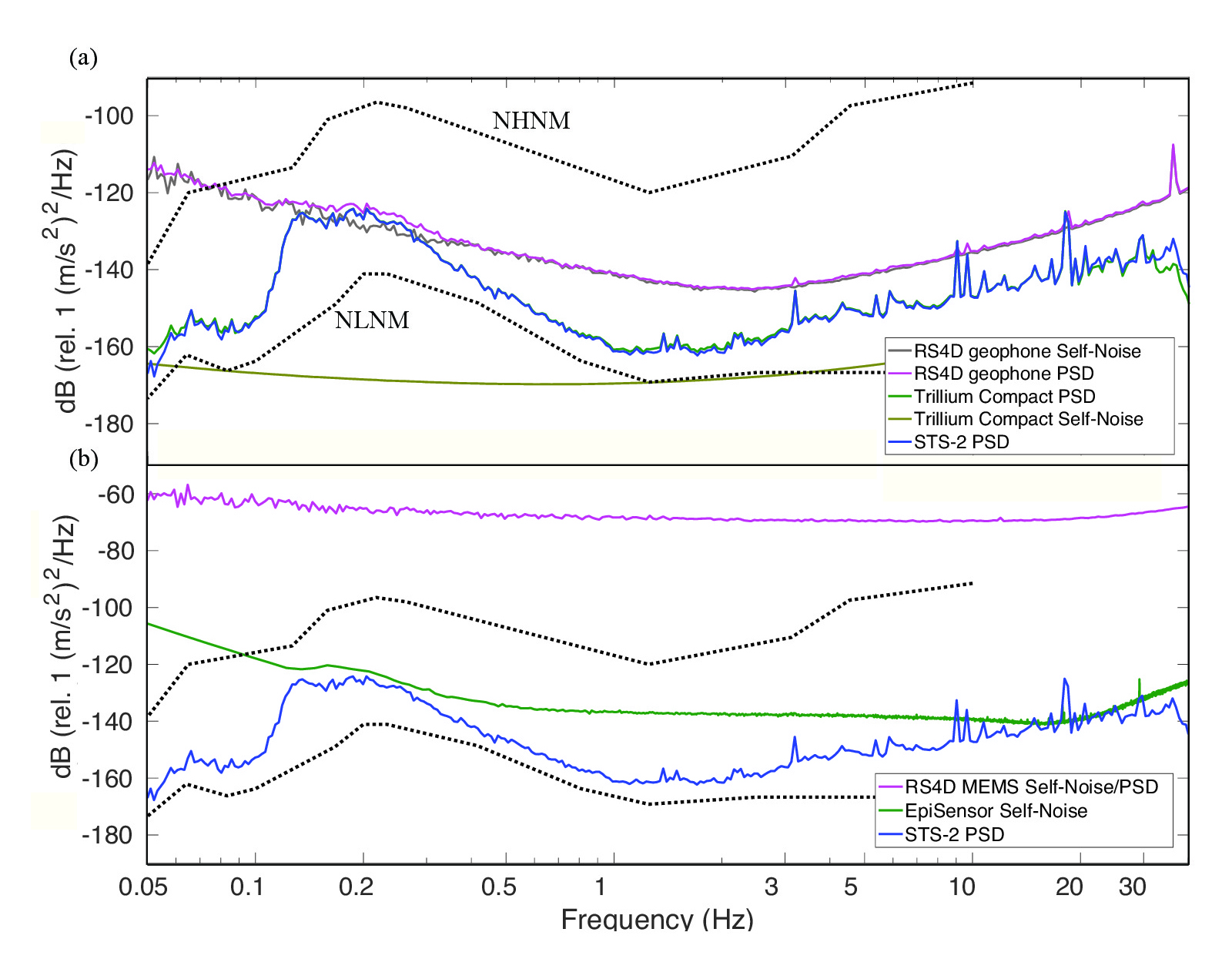 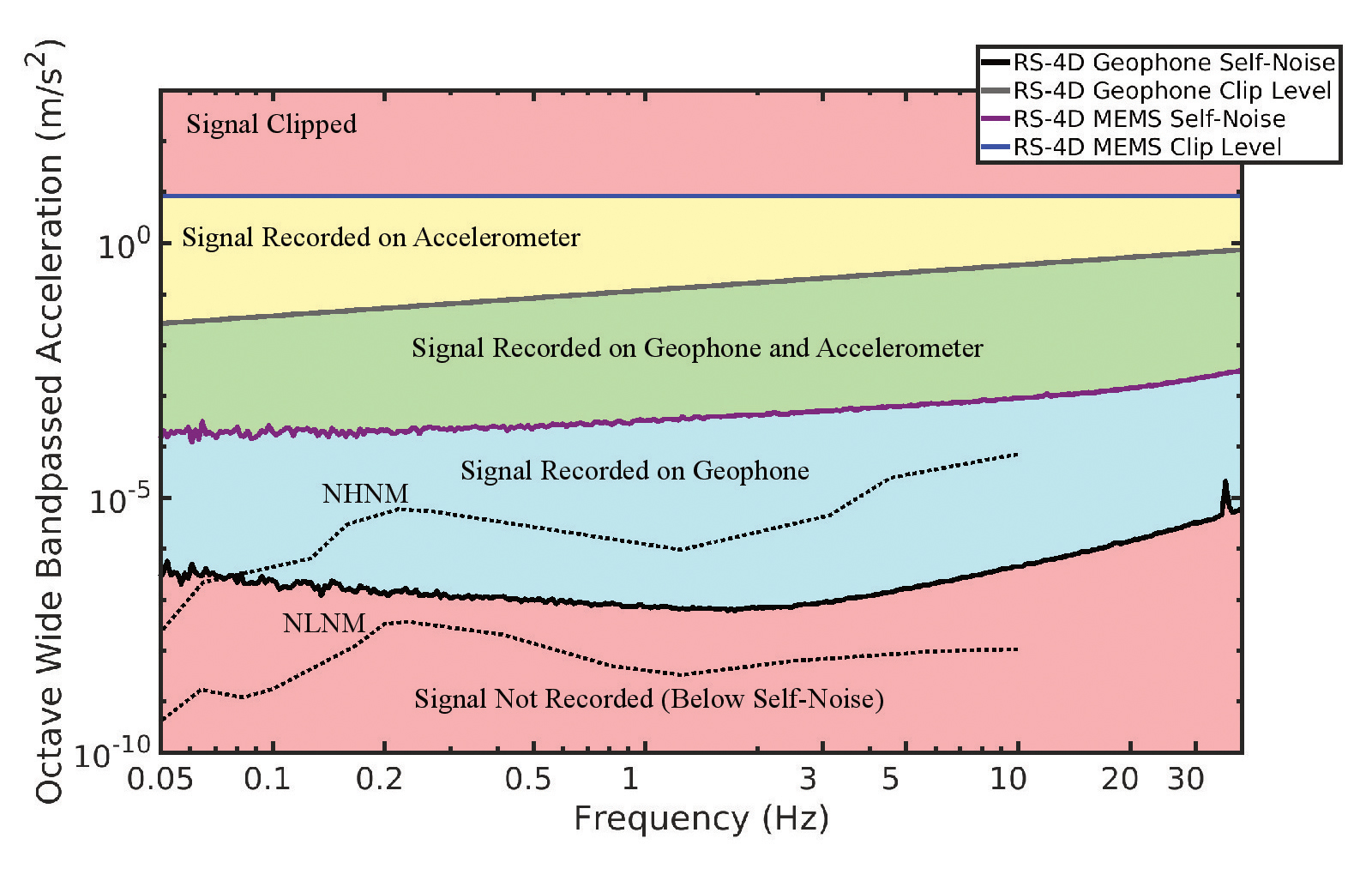 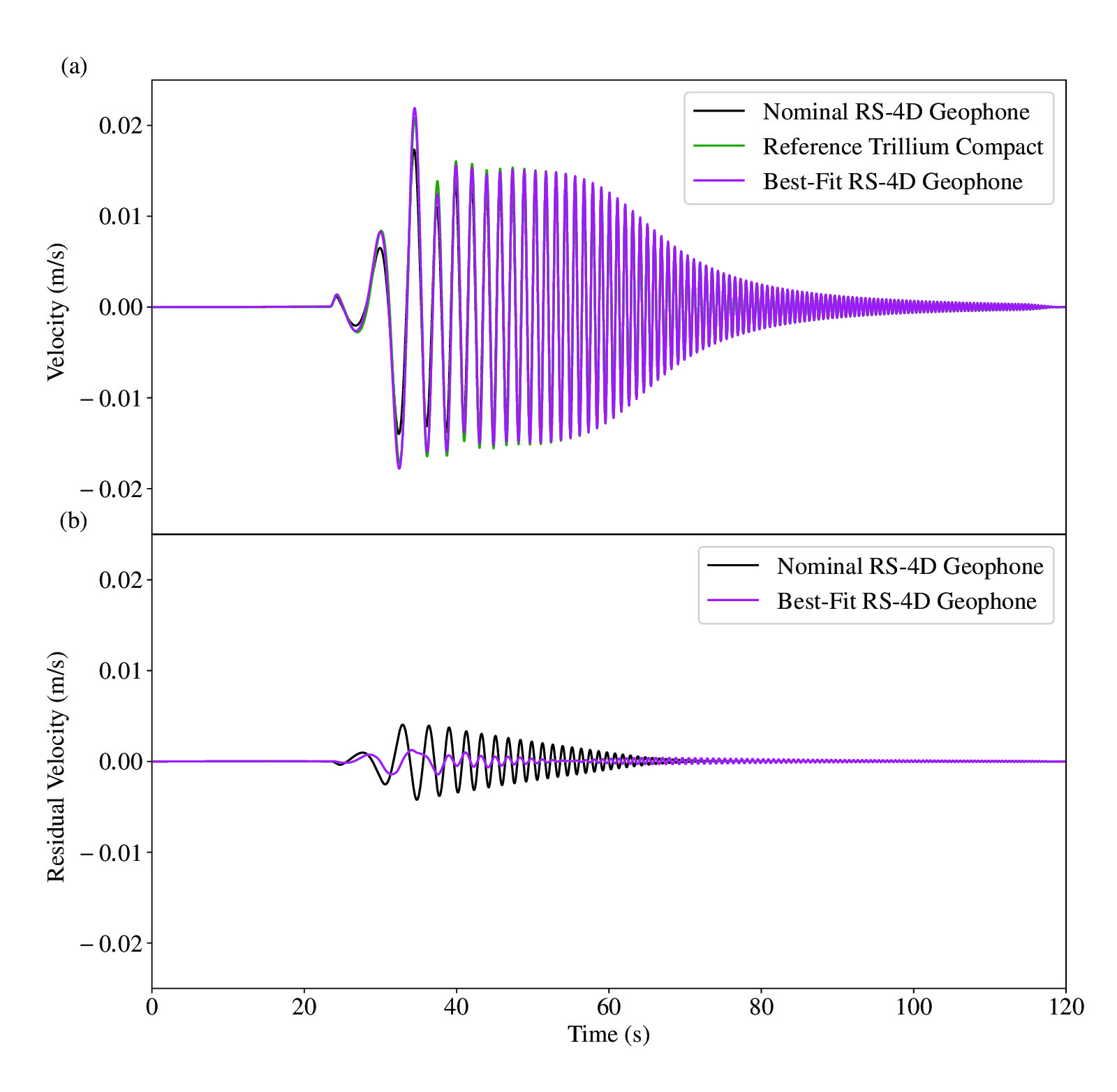 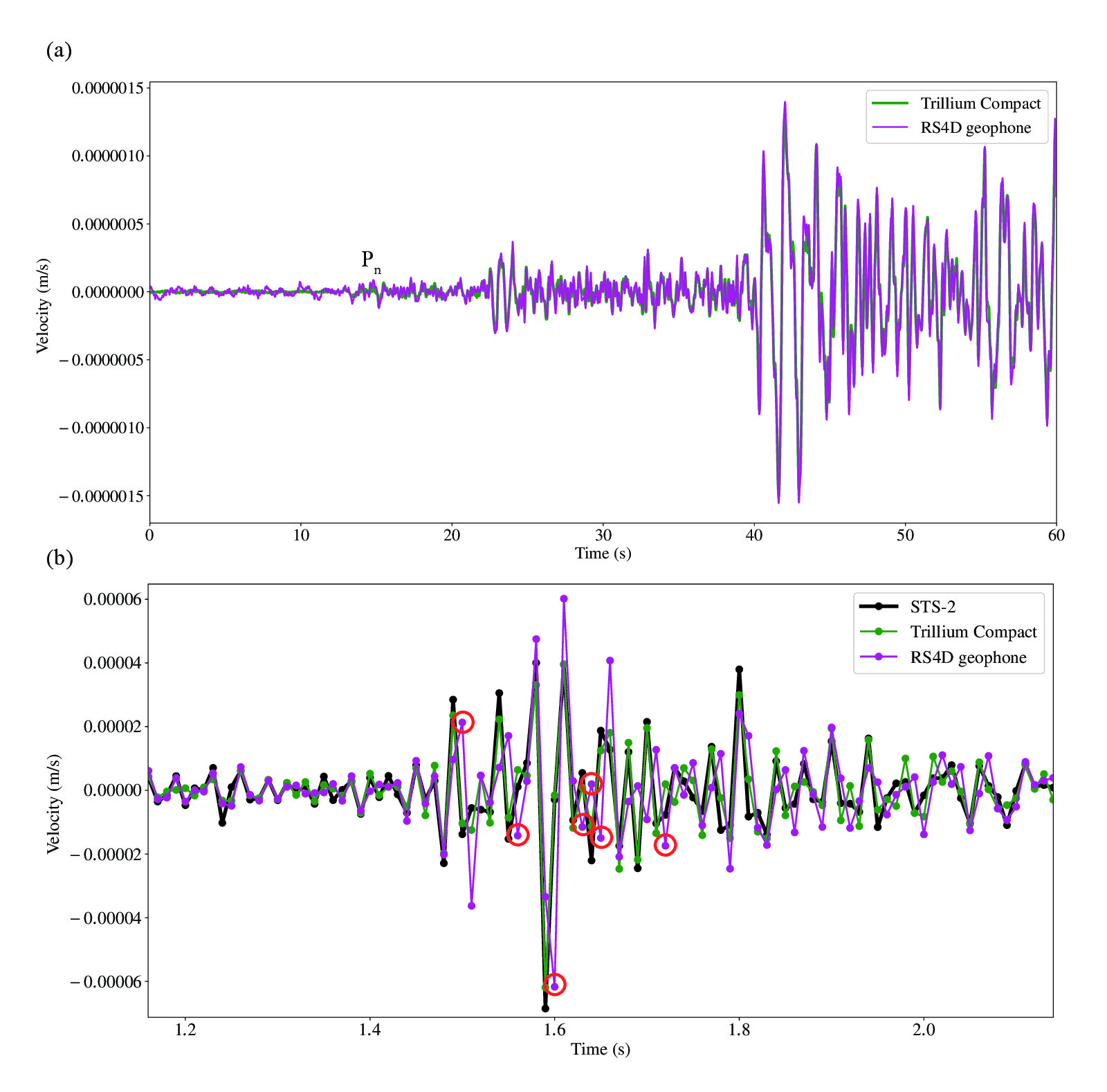 Figure 5. a) The P-wave arrivals of a regional (7.4 degrees) MW 4.6 event in Oklahoma recorded at Albuquerque Seismological Laboratory (ASL) on a co-located OSOP Raspberry Shake 4D (RS4D) and Nanometrics Trillium Compact. The first phase arrival (Pn) is labeled for reference. b) The S-wave arrival of a MD 1.7 local event recorded on three co-located seismometers in the surface vault of ASL . The Streckeisen STS-2 and Trillium Compact were recording on a Q330 digitizer with known timing accurate to <<1 msec (Kromer, 2006). Red circles indicate samples from the Raspberry Shake 4D that appear to have a one sample (10 msec) lag compared to the other instruments following the arrival of larger amplitude phases. 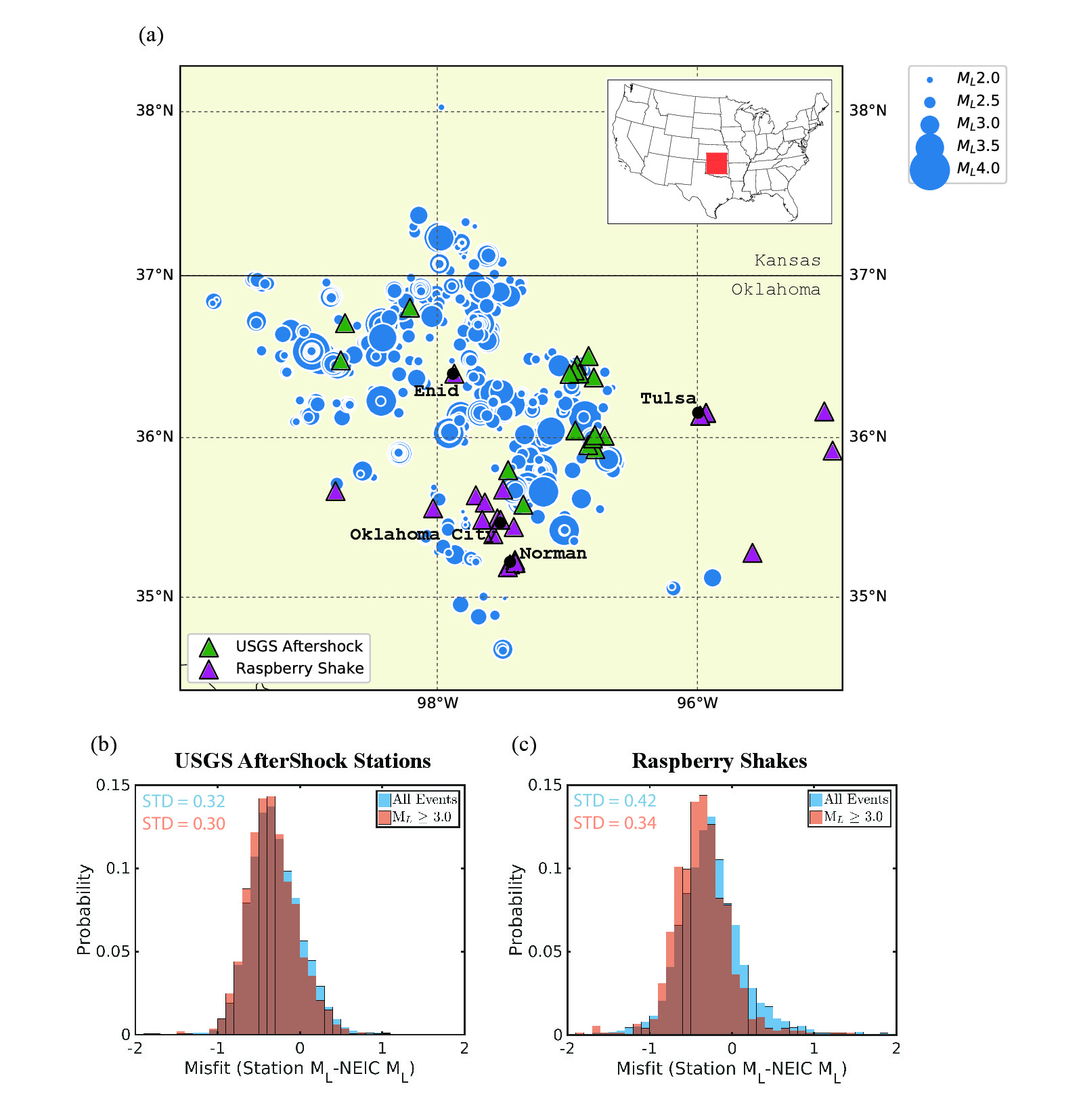