Citizen Seismology in the Arctic 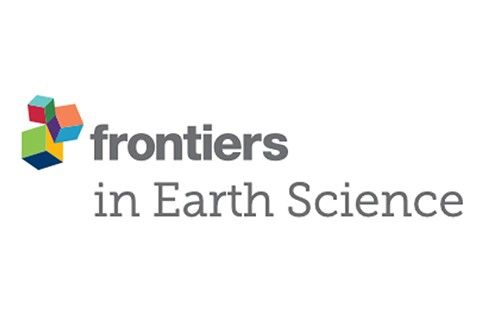 Landslides, earthquakes and other natural disasters are expected to increase in the Arctic, yet our ability to make informed decisions about safety is tightly limited by lack of data. As part of the Integrated Arctic Observation System (INTAROS) project, geophones were installed by residents in Greenland and by University of Bergen in Svalbard in 2018. The purpose of the installations was to explore challenges and benefits of community-based data collection for seismological monitoring in the Arctic region. Raspberry Shake units with one/three-component velocity sensors were selected for the deployment, due to their user-friendly configuration, easy installation, and well established digital platform and web services. The purpose of engaging community members in the use of geophone sensors was to monitor earthquakes, cryoseisms (events generated by ice mass), and landslides. We report our findings with respect to challenges regarding the installation and operation of the Raspberry Shake sensors at both locations. Connecting community-based recordings with permanent seismological networks improved both the detection capability and the data support for understanding seismic events in Greenland. In contrast, finding suitable locations for deployments in Longyearbyen turned out to be challenging, because most buildings are constructed on poles due to the permafrost and indoor space is expensive. Promoting citizen seismology in the Arctic could improve monitoring of seismic events in the Arctic while simultaneously raising community awareness of natural hazards.

We chose the Raspberry Shake3 instrument for citizen seismological monitoring in this study (Raspberry Shake, 2016). The Raspberry Shake seismograph is an all-in-one, Internet-Of-Things (IoT) plug-and-go solution for seismological applications, which can detect and record high-frequency (0.5–15 Hz) energy from earthquakes. It was developed by OSOP (Observatorio Sismológico del Occidente de Panamá), S.A., a geophysical instrument company headquartered in Panamá, and integrates geophone sensors, digitizers, period-extension circuits and a computer into a single enclosure. The units used in Greenland are both equipped with vertical geophones, in Longyearbyen one uses a vertical geophone and one with three orthogonal geophones. All units use the Network Timing Protocol (NTP) for timing as opposed to the satellite-derived timing commonly used for most seismic stations. Performance of Raspberry Shakes has been evaluated in several studies with the conclusion that they are suitable to complement existing networks for studying local and regional earthquakes (e.g., Anthony et al., 2018; Manconi et al., 2018; Hicks et al., 2019). The instruments are also becoming increasingly popular as an educational tool for teaching and public science exhibitions (e.g., BLOSSM, Bridging Local Outreach & Seismic Signal Monitoring, project in Oklahoma4). The Raspberry Shake is low cost, easy to install/maintain, and has near real-time data transmission. Power and an internet connection are the only technical requirements which make the Raspberry Shake suitable for engaging community members. Note that even if there is no internet, the instrument has internal data storage. An additional requirement is to install the instrument at a quiet location with little man-made and natural noise. The installation needs to have good coupling to the ground, preferably to bedrock. Information on online Raspberry Shake sensors is accessible for display through a website5 where data can also be displayed.

Read the full report published in Frontiers in Earth Science.