Since the December 28th 2019, Puerto Rico has been afflicted by an ongoing earthquake swarm causing havoc for the local community.  The most powerful and damaging earthquake from this swarm was a magnitude 6.4, which occurred on January 7th 2020, devastating communities and leaving many without homes. The constant shaking continues today, with thousands of strongly-felt magnitude 3.0-4.5 earthquakes occurring since last year. 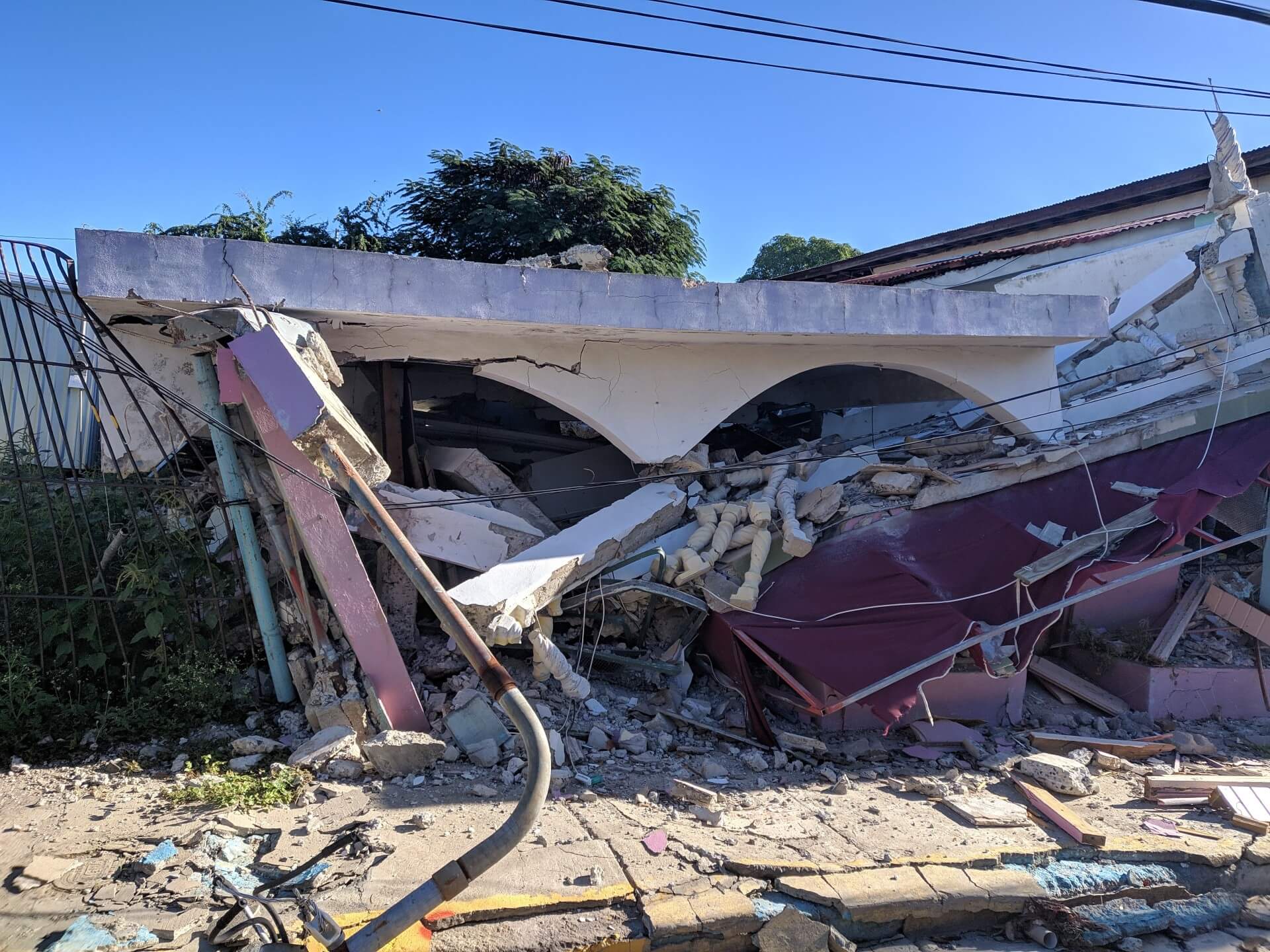 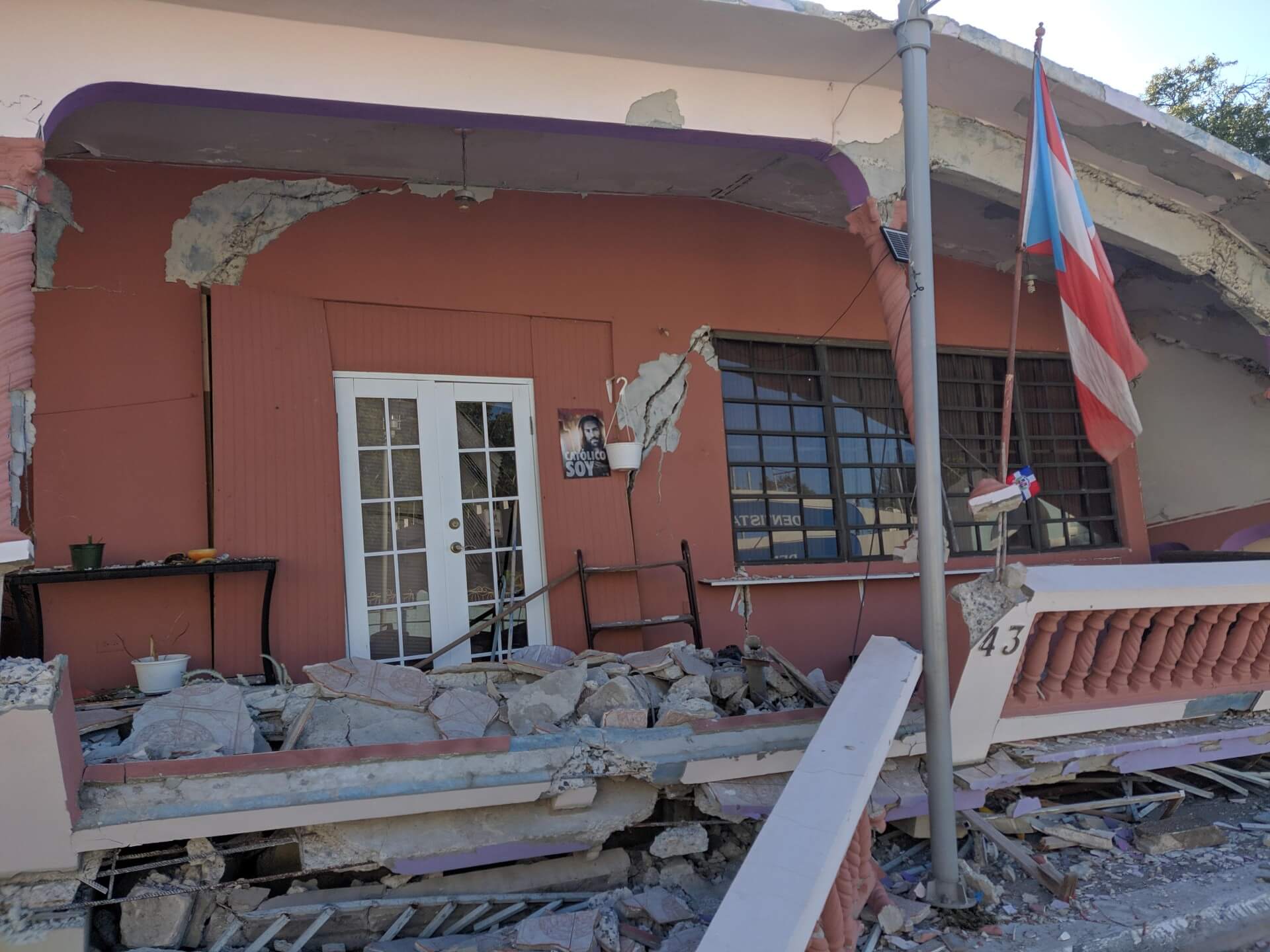 The town of Guanica, the epicenter of many of the large quakes.

AN OPPORTUNITY FOR ACTION

Just a week after the 6.4 earthquake struck, I was humbled to have the opportunity to travel to Puerto Rico. The aim of my visit was to assist high school students install and program multiple Raspberry Shake educational seismographs, and set up real time earthquake alarm systems at their schools.

I had previously visited the island in my capacity as an educator, while providing T3 Alliance and Raspberry Shake STEM training, so I was fortunate to already have great connections in the Puerto Rico education community. As soon as the shaking started I immediately reached out to these connections to see how we could help, in the hope of empowering students to take action towards bettering the situation.

Just months before the major earthquake hit, Raspberry Shake had been there to provide an educational seismographs training for directors and instructors of the island’s Upward Bound Programs (federal grant programs which provide under served high school students with resources to assist in the uphill battle to succeed in college). Upward Bound programs are more flexible than regular school programs and often have ways to provide students with opportunities and resources to do impromptu community projects; projects like setting up Raspberry Shake earthquake alarms!

In a testament to the dedication and organizational skills of the team I worked with, I was on a plane to San Juan within a few days of the idea being born.  My main destination would be Barranquitas, a mountain town in the center of the island that had been affected by landslides and power outages due to the quakes, and San German, a town in the southwest of the island, near the epicenter, which was especially hit hard by the shaking.

I arrived in San Juan, Puerto Rico on the 13th of January and was driven up to Barranquitas, in the mountainous heart of Puerto Rico. The next day, I was in a classroom with eight high school students who had volunteered (with parental support) to spend three days installing and developing a Raspberry Shake earthquake alarm system! 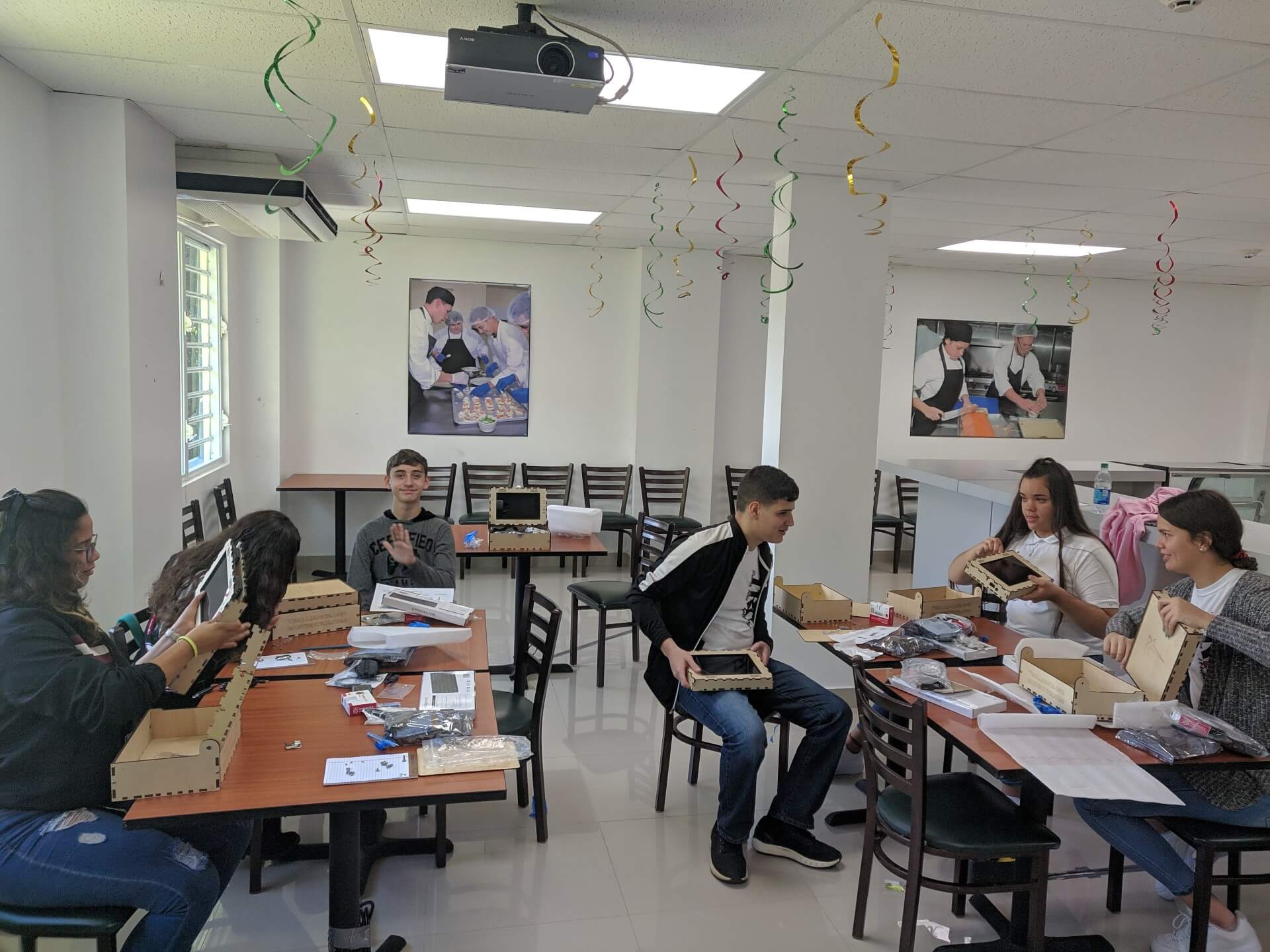 After a day spent learning about the basics of computer science, seismology, and what seismographs are, the students started to plan the installation of the seismograph. As a teacher, I will never forget teaching about P and S waves, and being able to actually feel and then watch an  earthquake travel live across the screen! Our biggest challenge was network accessibility, due to restricted firewalls. Luckily, the system administrator was delighted to work with the students and make sure that all ran smoothly. We took advantage of the static IP option on the Raspberry Shakes to ensure that the device was always approved.

As the day came to an end, the students and I had learned and understood enough about the problems that the community was facing in order to brainstorm a plan of action to help. The bottom line was: The uncertainty and lack of information meant that people were scared of the earthquakes and not knowing what was going on. In order to address this, we decided to use Raspberry Shake’s rsudp software installed on T3 Alliance Raspberry Pis placed throughout the campus, to provide real-time visualization and event detection for the community.

Setting up and configuring the Pis to successfully run the rsudp software exactly how we wanted was a fun challenge. It required troubleshooting with the right settings, making sure the correct network ports were open, and setting the right alarm sound. After much testing, we settled on a snippet from the popular reggaeton song “Shaky Shaky”! Check out the video here. 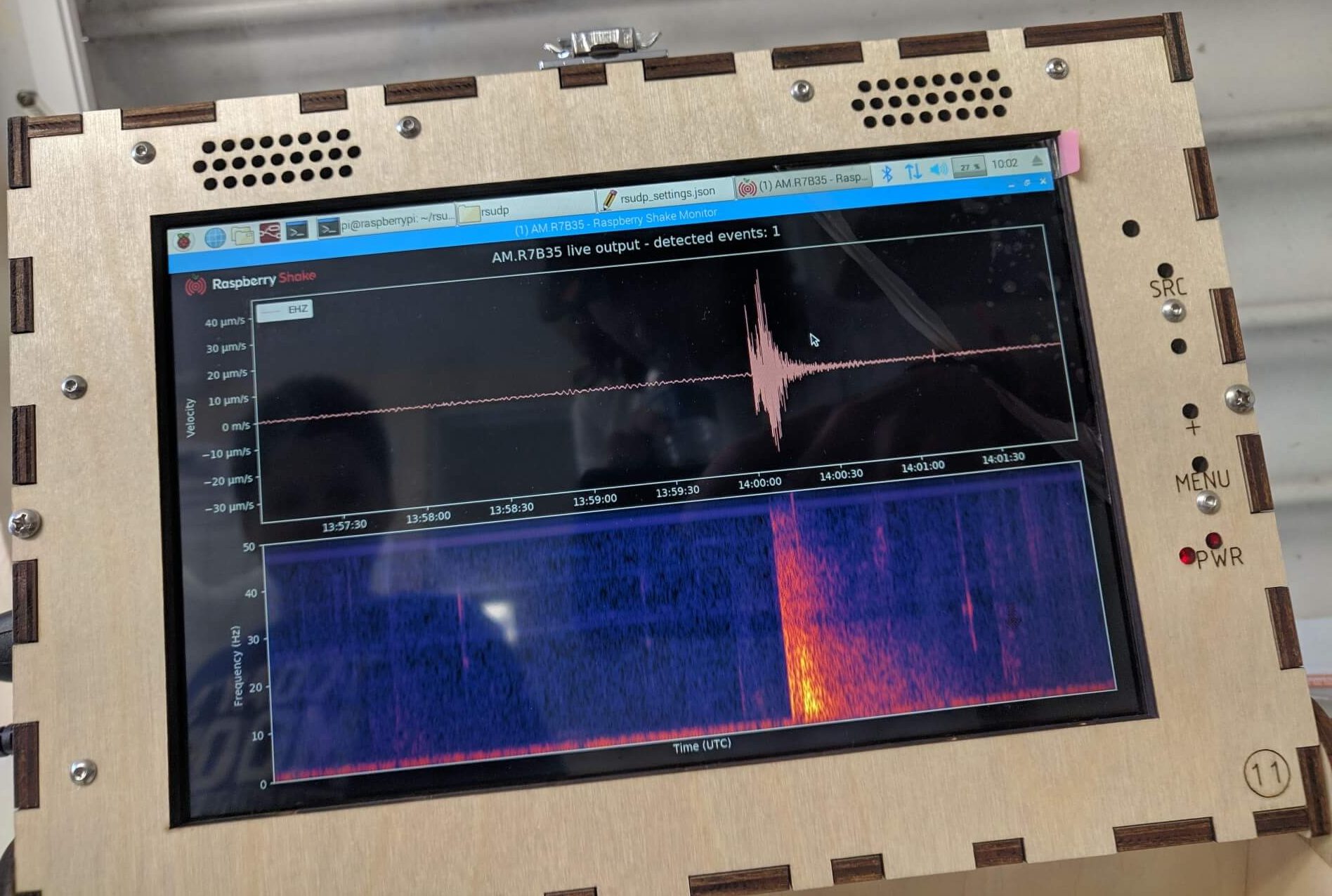 A few earthquakes that we saw and felt live with the rsudp software.

The students decided to install the device below ground, in an area of the University campus that had very little human noise, but still had nearby connection to power and ethernet. The installation process was fun, it was great to get our hands dirty, digging holes and trenches for wiring. The students were really proud of their miniature seismic vault! 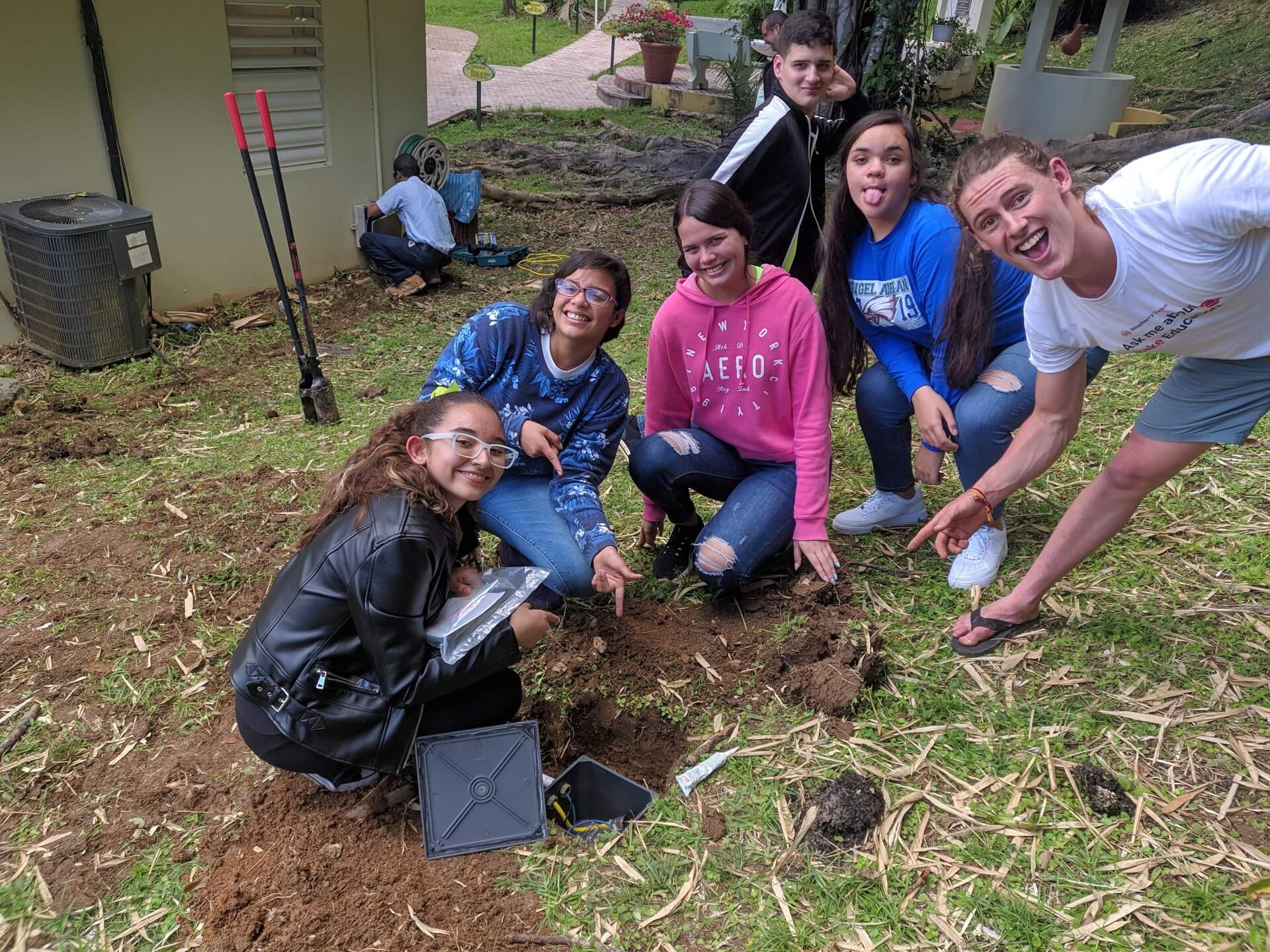 Students with their seismic vault.

The next day, largely due to the amazing organizational skills of Upward Bound Directora Saraliz Gonzalez, we were able to schedule a student field trip across the island to assist another Upward Bound Program set up their Raspberry Shake and rsudp alarm system. It was an amazing feeling as a teacher to watch the Barranquitas students. Just a few days earlier they had never heard of Raspberry Shake educational seismographs, and here they were teaching the new students what a geophone was and how earthquake waves traveled. A few hours later, Universidad Interamericana Mayaguez had its very own student-installed educational seismograph and earthquake alert system! 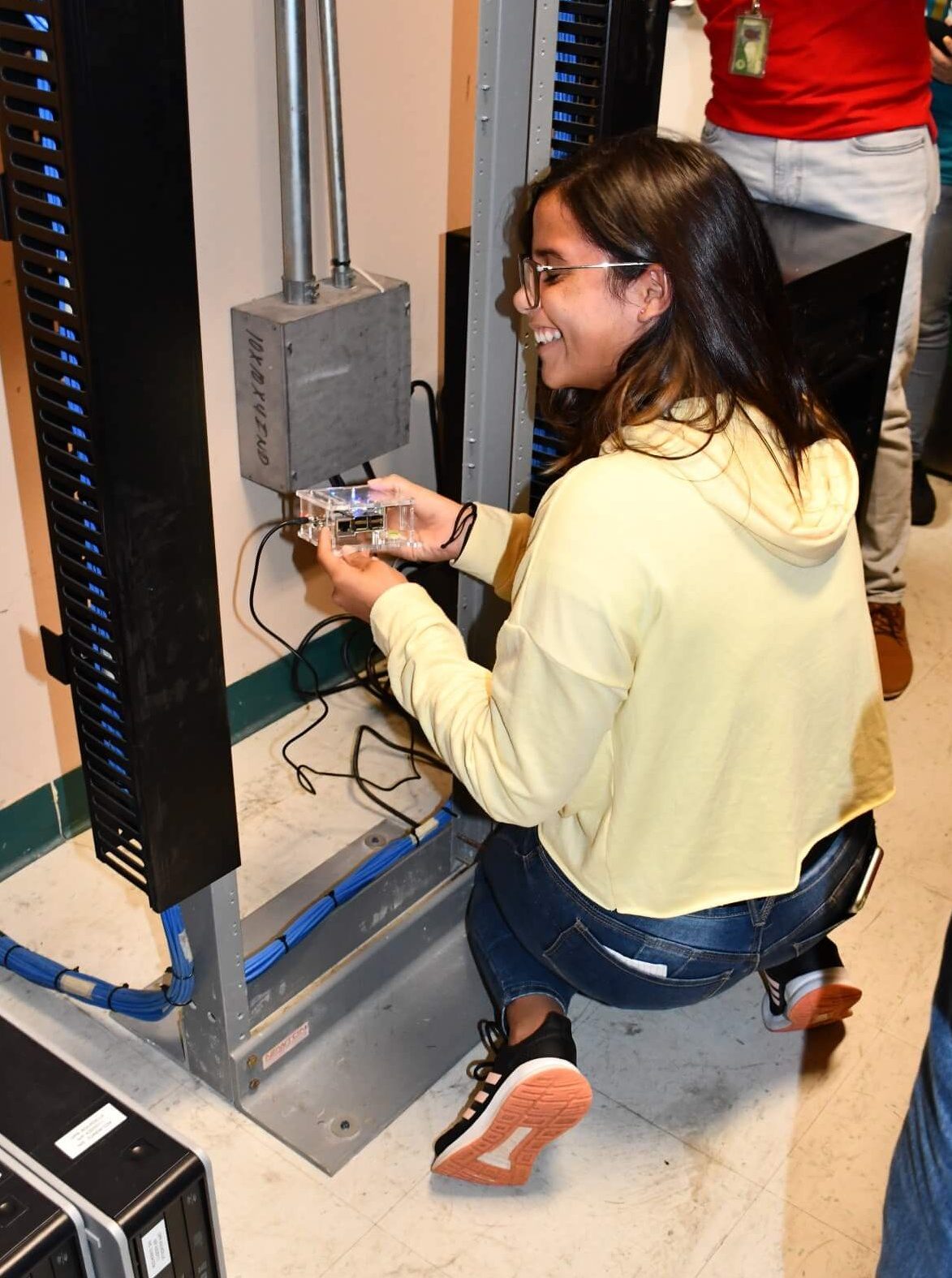 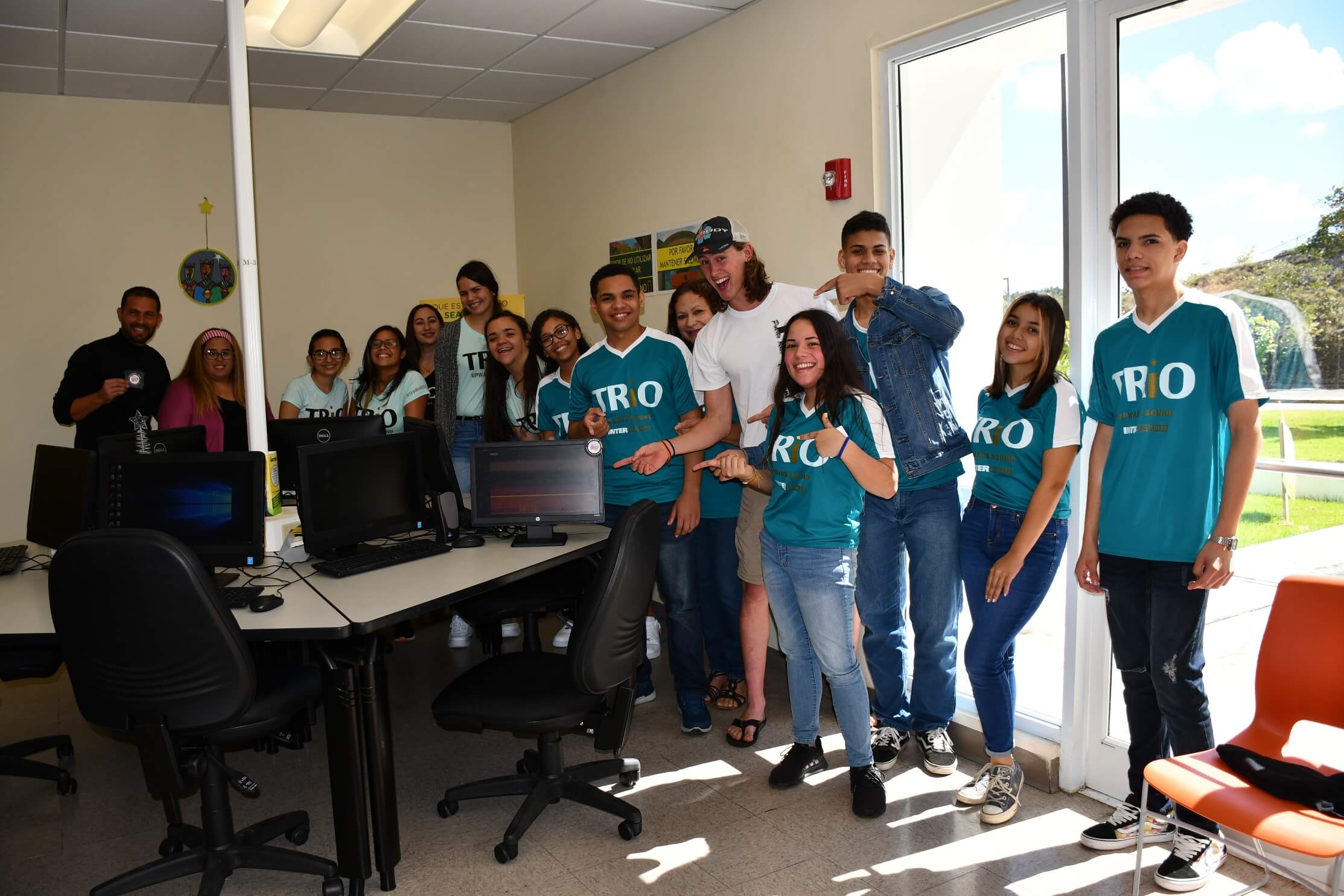 The trip was a resounding success. Before leaving, we were able to set up a Twitter API with rsudp to tweet out real time event notifications, with photos and all! (Unfortunately, Twitter has restrictions for how many messages bots can tweet daily, and because there were so many earthquakes, the account was suspended in a little under a month. We are still working on getting it back!). With the help of an amazing team of educators, these incredible students were able to have access to the right resources at the right time, and be able to make a meaningful, lasting impact on their community. 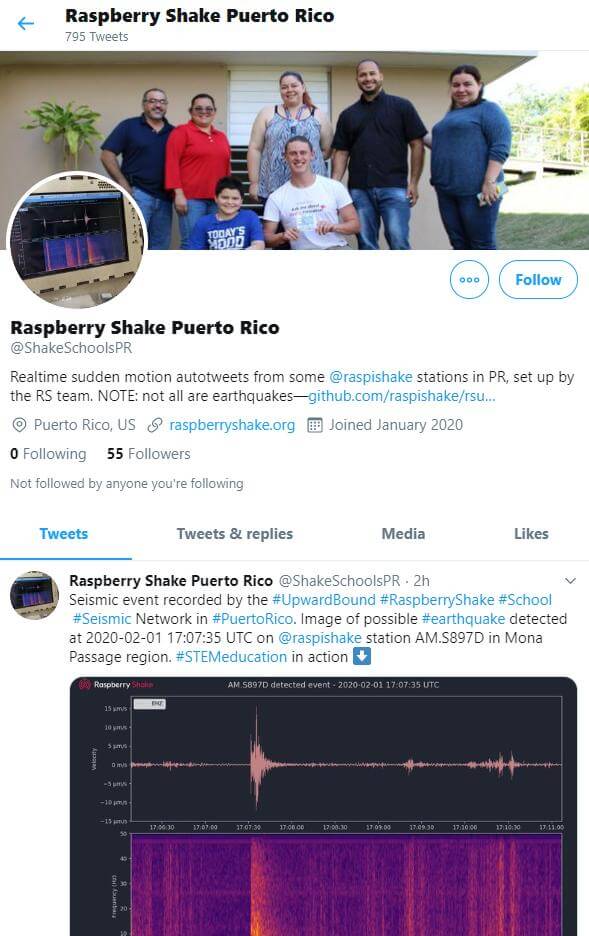 With Raspberry Shake, this type of student/community educational seismograph project is not exclusive to Puerto Rico. In Nepal, a Seismographs-in-Schools network has been set-up to provide easily accessible seismic data to the community and support community earthquake awareness. Students in Hawaii set up an inter-island network for seismic and volcanic hazard monitoring. An educational program in Alaska is underway to set up a student run Raspberry Shake network in rural communities! The opportunities for students to do meaningful, impactful projects with Raspberry Shake are enormous and endless.

As an educator and passionate citizen scientist, I am grateful to be a part of so many awesome  educational seismograph projects, and I am always looking for ways to get involved with more!  Do you have an idea to implement Raspberry Shakes into education in some way? Please, reach out to me at gabriel@raspberryshake.org and I would love to help you Get Shaking with your idea!

Gabriel Low is a STEM educator that currently works with Raspberry Shake as their Educational Designer and with the T3 Alliance as a curriculum coordinator.

To learn more about Raspberry Shakes in education, visit edu.raspberryshake.org