When students headed back to school this fall, some Vancouver Island schools had a new addition – a Raspberry Shake seismograph. Vancouver Island, located on the coast of British Columbia, lies within one of Canada’s most seismically active regions. Its location above the Cascadia subduction Zone makes it an ideal place to study all things earthquake related. BC’s capital, Victoria, is home to the University of Victoria (UVIC) and the Pacific division of the Geological Survey of Canada (GSC – a sector within Natural Resources Canada).

Left: Plate tectonics of Southwest BC. Red outline shows area in map shown on of the right. Right: Current schools with Raspberry Shakes contributing to the SchoolShake network (green buildings). 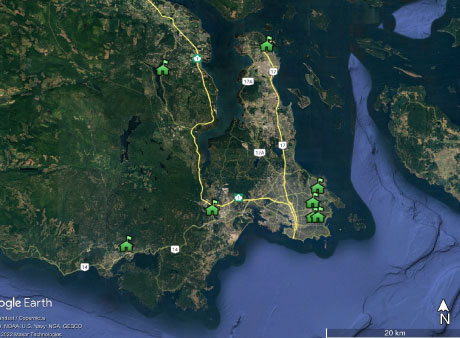 The Hakai Institute, well known for their coastal research initiatives also calls Victoria a part-time home. Although we are in a prime location to study earthquakes, enrollment in the geosciences at post-secondary institutions in BC is low compared to traditional STEM subjects. While searching for reasons for the decline, we were told that due to time and resource constraints, geosciences are often overlooked in schools. Over the initial 2 years of the COVID-19 pandemic, this was especially true. By placing a dense network of Raspberry Shake seismographs (at no cost to participants) in Vancouver Island schools, scientists from UVIC and the GSC, with the support of the Hakai Institute, aim to give thousands of children annually the opportunity to use Raspberry Shakes to learn about earthquakes, the hazard and risks they pose, and how their impacts can be mitigated.

The primary goal of SchoolShake is to stimulate schoolchildren’s interest in geoscience through hands-on learning experiences centered upon Raspberry Shakes installed in their own schools, which will contribute to our broader ambition of inspiring students to consider geoscience as a post-secondary and career option. Other complimentary outcomes we envision are: increasing seismic hazard awareness and resilience in some of the highest at-risk communities in Canada; raising teacher confidence in teaching geoscience topics; giving UVIC graduate students opportunities to engage in outreach and seismic network operations; generating a wealth of seismic data for use in future research; and providing a template for school-based sensor networks and education programs in other parts of Canada.

INCREASING GEOHAZARD AWARENESS AND INTEREST IN GEOSCIENCES THROUGH HANDS-ON SEISMOLOGY

Although the need for, and potential benefits of, a school-based seismology program on Vancouver Island has been evident for years, such a program has not been easily feasible until the introduction of the Raspberry Shake seismographs. The cost, size, and simple set-up, coupled with the quality of data from these instruments made community-based seismology much more accessible. In 2019 Andrew Schaeffer (GSC) and Edwin Nissen (UVIC), realized the possibilities Raspberry Shake opened up for outreach and the vision of SchoolShake was born. Shortly after this, Camille Brillon, a seismologist at the GSC, joined the team to help move the vision forward. Early in 2022, with funding from UVIC, GSC and external donors, SchoolShake entered its ‘pilot’ year with the purchase of 19 Raspberry Shakes. During this pilot year, we are focusing on getting schools involved, learning how to effectively engage students and teachers, assessing data storage and processing needs, and securing additional funding sources.

In early 2022 to get the SchoolShake network running and to test the SeisComP acquisition system we are using to locate seismicity; seismographs were installed in a number of private residences. In April 2022, with the help of two enthusiastic science teachers and a supportive school administration and IT department, we set up the first school station at Belmont High School in Langford, BC. 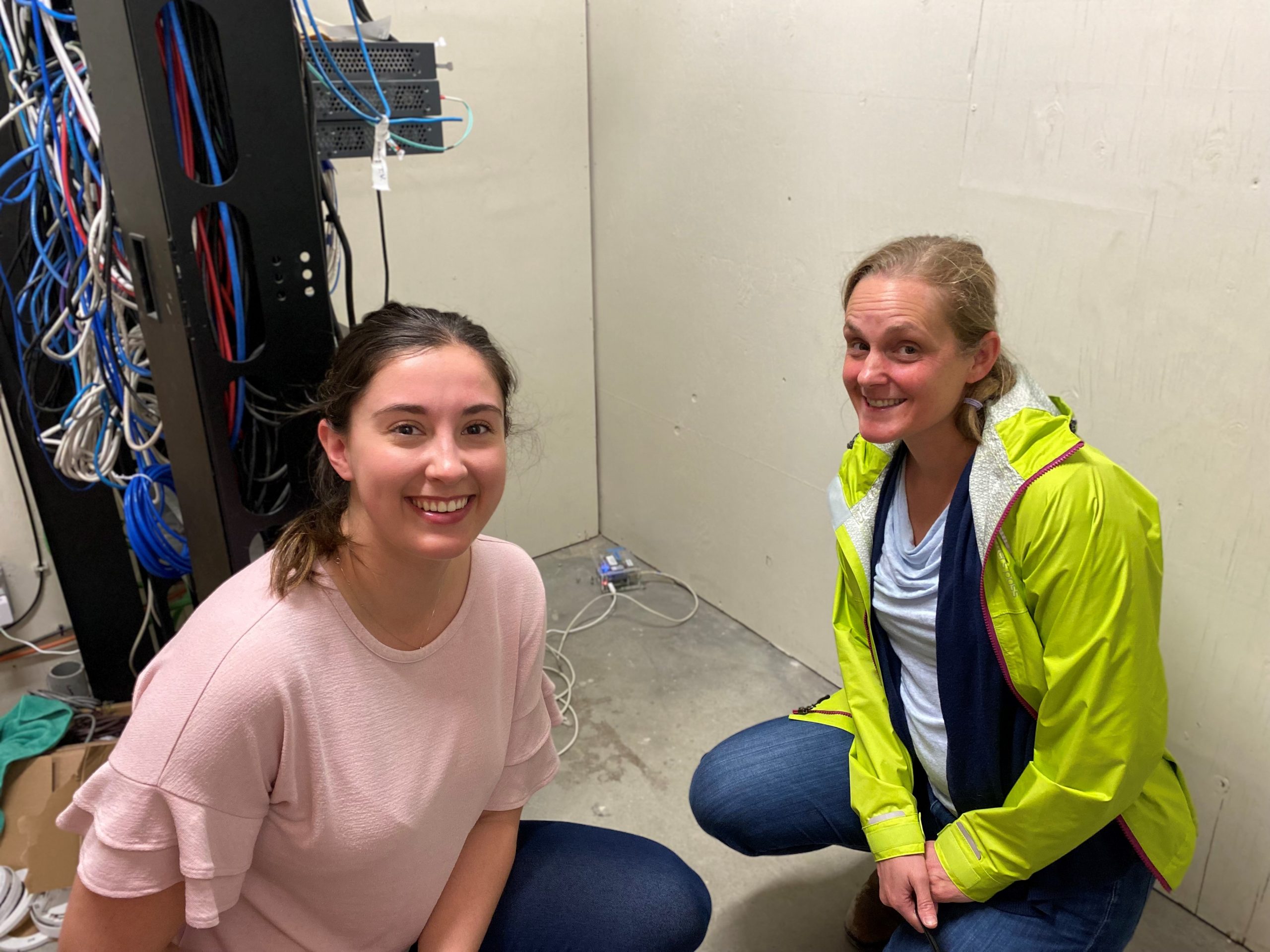 Since then, seven more stations have been set up in schools in southern Vancouver Island. As we engage more schools, instruments will move from private residences to schools. With additional funding we will purchase up to 70 more Raspberry Shakes to expand beyond southern Vancouver Island, TV monitors to display real-time maps of earthquake epicenters, and their shaking recorded on the SchoolShake network.

In order for SchoolShake to achieve its main goal, we need educators who are going to use the Raspberry Shake data and the SchoolShake network in their classrooms. Given that, the main requirement of hosting a SchoolShake station is a middle or high school teacher that is willing to be a SchoolShake champion.  The schools that we have set up stations in thus far are in buildings that range from decades old, to less than 10 years old, some seismically upgraded, some not. When setting up a station we seek out quiet locations within the school; however, we have come to realize these are limited.  Given this, most Raspberry Shakes are setup in communications or electrical rooms.  There will be times during the day that these stations will have significant background noise (which we see as a learning opportunity in itself). The Raspberry Shakes themselves are a mix of 3-component and 1-components instruments.  While the 3-components are ideal, the single component instruments are more cost-effective and more-than-sufficient for the targeted audience.

MOVING FORWARD WITH EDUCATORS AND STUDENTS

The majority of school stations were installed over the summer months, so student and teacher feedback has been minimal. What we have heard from teachers is that they are excited to take advantage of the SchoolShake (and wider Raspberry Shake) network to engage students in geoscience subjects. Teachers are also eager to use the instruments and data for other subjects such as math, physics and geography. Over the next year we plan to install more stations and TV monitors (funding-dependent), work with an experienced BC educator to develop pertinent lesson plans targeted at middle and high school students, host professional development days for educators to learn more about the Raspberry Shake seismographs and seismology in general, host outreach events for schools involved, and develop our website to include resources and interactive seismicity maps. 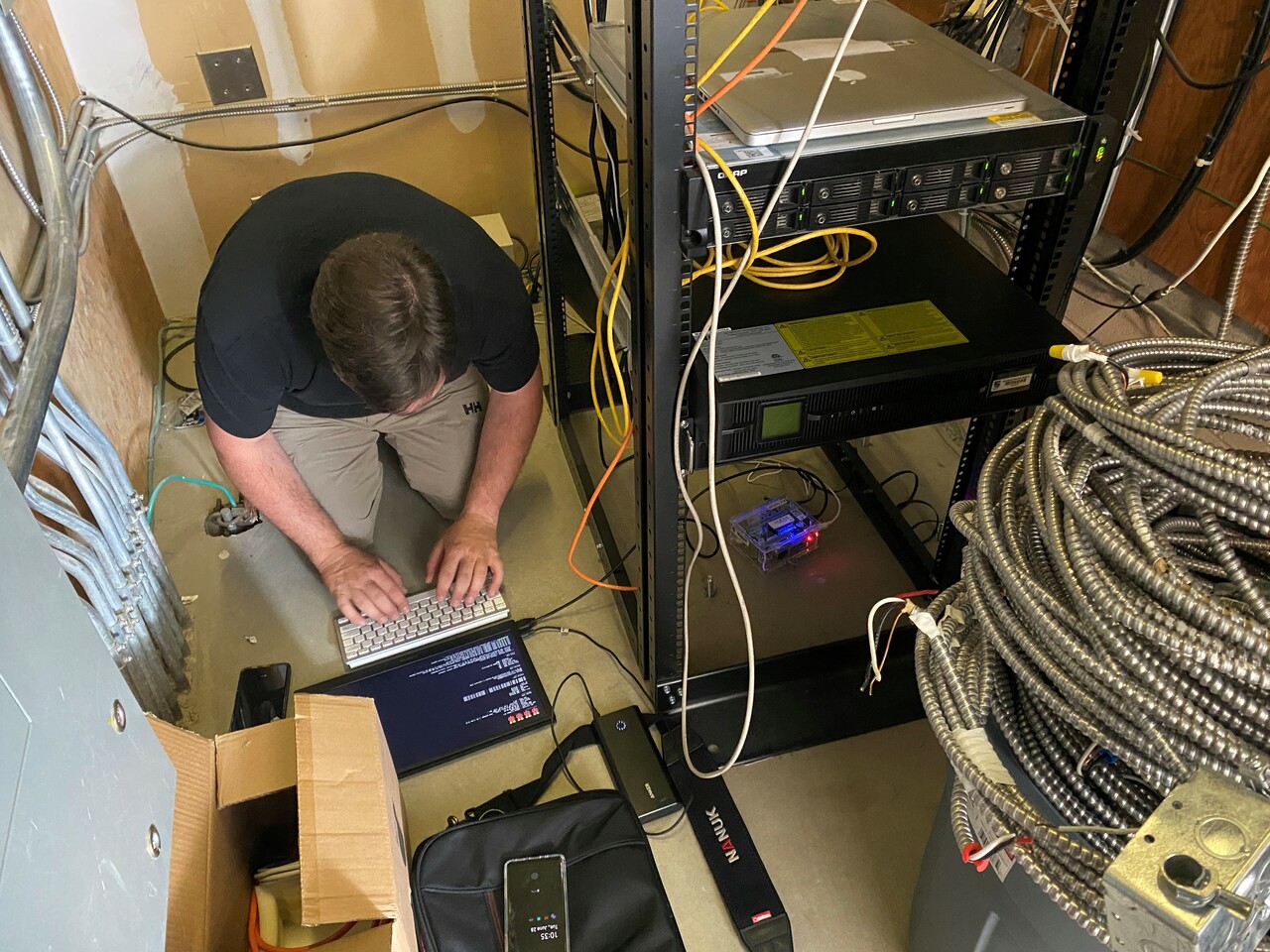 Although not the initial reasoning for developing SchoolShake, it was quickly realized the extent that the pandemic has affected our schools. The past two years have seen few outsiders in schools, no school tours at our GSC office (which used to be popular), and of course remote learning.

We hope that by offering schools the opportunity to be involved with SchoolShake, teachers and students will be motivated to teach and learn, respectively, about the defining aspects of Vancouver Island – its vicinity to active plate boundaries and resulting seismicity. The collaboration of the GSC and UVIC means that educators and students will have a significant network of professionals to refer questions to and supplement their teaching with school tours or classroom visits.

Over the next year, the SchoolShake team is excited to share the world of seismology and tectonics with the younger generations. We look forward to learning how the Raspberry Shakes are integrated into classrooms, and working with educators to develop teaching tools and resources to be used alongside the SchoolShake network. You can follow our progress @SchoolShake.

Check out the first and most recently installed SchoolShake stations: