RASPBERRY SHAKES KEPT GOING AT SCHOOLS IN PALU, INDONESIA, PROVIDING A PICTURE OF THE RECENT EARTHQUAKE

As part of the Strengthened Indonesian Resilience – Reducing Risk from Disasters programme (referred to as ‘StIRRRD’), a Seismometers in Schools (SIS) pilot project was launched in the province of Central Sulawesi in March 2018. SIS is an education initiative already underway in Australia, New Zealand and the United States with seismometers being installed in schools to increase awareness of seismic hazards and risks.

For the central Sulawesi SIS project, the team opted to install simple, one component, Raspberry Shake seismometers at three secondary schools in Palu City, as educational tools. A more sophisticated three component device was installed at the University of Tadulako in Palu, from which more accurate data could be downloaded and analysed for research purposes. 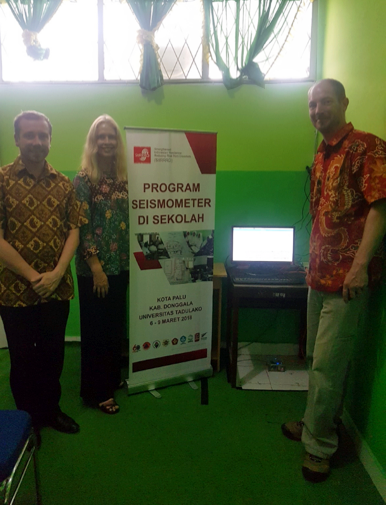 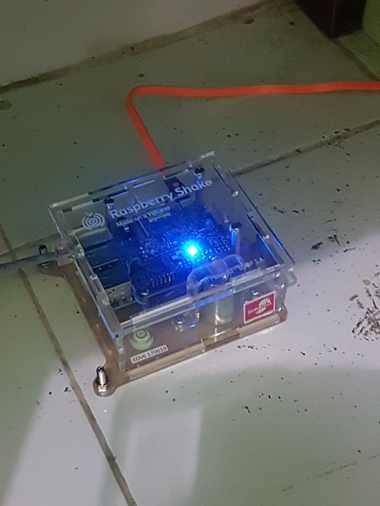 FOLLOWING THE RECENT DISASTER IN SULAWESI

The people of Palu, Donggala and Sigi, have been living with the harsh realities of Indonesia’s dynamic hazard scape since 28 September. The magnitude 7.5 quake in the North Sulawesi subduction zone and a subsequent tsunami killed at least 2100 people. Nearly 700 people are still missing, close to 80,000 remain displaced and the social-economic impacts from the disaster will be long lasting.

A couple of days after the earthquake, Richard Woods from the StIRRRD programme (under which the SIS project is being co-ordinated) noticed that the Raspberry Shake at the SMA Negeri Model Terpadu Madani (a school located in the north of the city of Palu) was back online, as power had been restored to the school.

The data captured by the Raspberry Shake installed at the school helped to build an early picture of what happened on the 28th of September. The severity of the shaking is obvious in the seismic traces shown in the images below, and we can only imagine how terrifying the earthquake must have been. 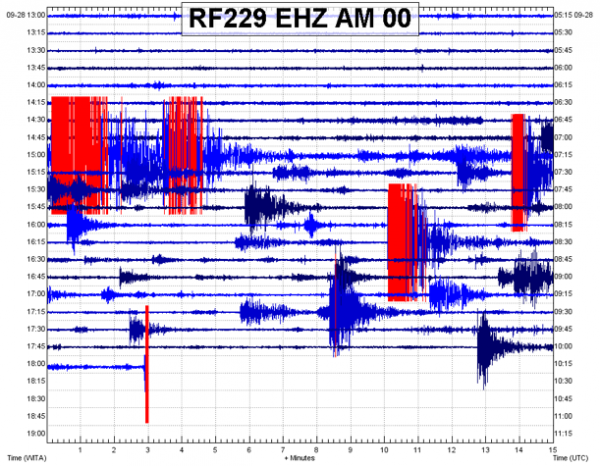 The ‘Raspberry Shake’ seismometer installed at SMA Negeri Model Terpadu Madani school in March, captured the Seismic trace up until the M7.5 earthquake struck just after 6pm on 28 September. You can see the M6.1 foreshock earlier in the day and the aftershocks in between the two earthquakes.

Richard then noticed that the Raspberry Shake located at Madrasah Aliyah Negeri (MAN 1) school in the city of Palu, had also come back online, and like the first image above, the severity of the shaking is very clear. 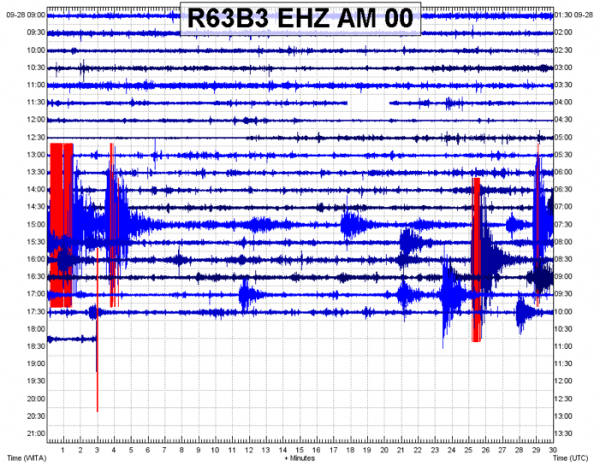 The Seismic trace up until the M7.5 struck just after 6pm on September 28, 2018 captured on the Raspberry Shake seismometer at MAN 1 School in Palu. 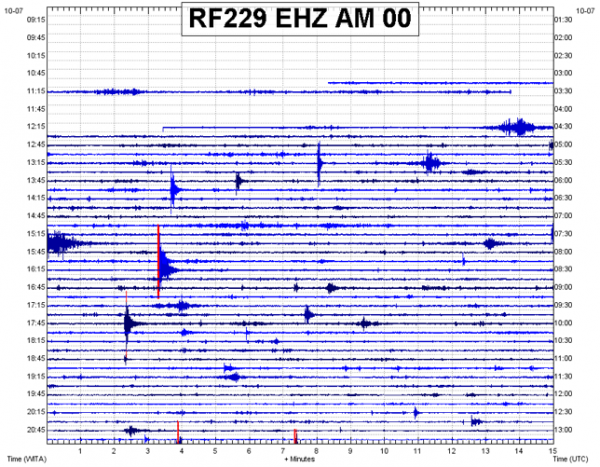 Power was restored to the Raspberry Shake seismometer at SMA Negeri Model Terpadu Madani school, just after 12.15pm on 7 October 2018, and the sequence of many aftershocks are clear. 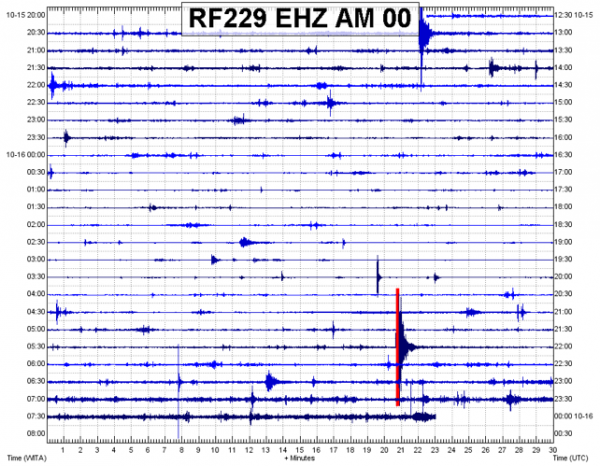 The image above shows the aftershock sequence is continuing, on seismic trace captured by the raspberry shake on 16 October at SMA Negeri Model Terpadu Madani.

For StIRRRD program leader Michele Daly and the wider team, the realities of the recent earthquake and tsunami are confronting. It’s one thing to be aware of the destructive potential of these natural hazards, but quite another to see events play out so soon after installation.

However, educating younger generations of Indonesians so they are aware of local seismic hazards and risks remains an important focus for the StIRRRD programme, and the recent events have strengthened the team’s resolve.

As earthquakes are some of the more dramatic expressions of the dynamics of our planet, it is easy to include seismic information in learning modules that engage students to learn about mathematics, physics or geography in a very applied way.

Checkout the Raspberry Shake stations currently active in Palu here and here and stay up to date with the latest from the StIRRRD project here.

From all of us at Raspberry Shake a special thanks to Dr. Ben Payne, Michele Daly and Richard Woods, from GNS Science for  sharing details of the StIRRRD project. We look forward to hearing more from you!