I discovered Raspberry Shake during the American Geophysical Union (AGU) Fall Meeting 2018. I was immediately impressed by how this small and low-cost seismometer is easy to use and efficient. I wanted to install some of them in an active area where seismology and citizen science could be merged together!

With the support of the Geo4D ERC Starting Grant (PI Romain Jolivet @ ENS), five Raspberry Shake model RS1D’s were acquired by the Geosciences department of Ecole Normale Supérieure (ENS). In July 2019 I took them on the yearly field trip to Mount Etna (Italy) along with the students from our department (Fig. 1).

Figure 1: Mount Etna is the highest and most active volcano in Europe, located on the east coast of Sicily, Italy and a great place of interest for Earth sciences! [© Anna Vayness]

We installed the stations across the Pernicana fault. This fault (Fig. 2) is one of the most active shallow faults in Europe. 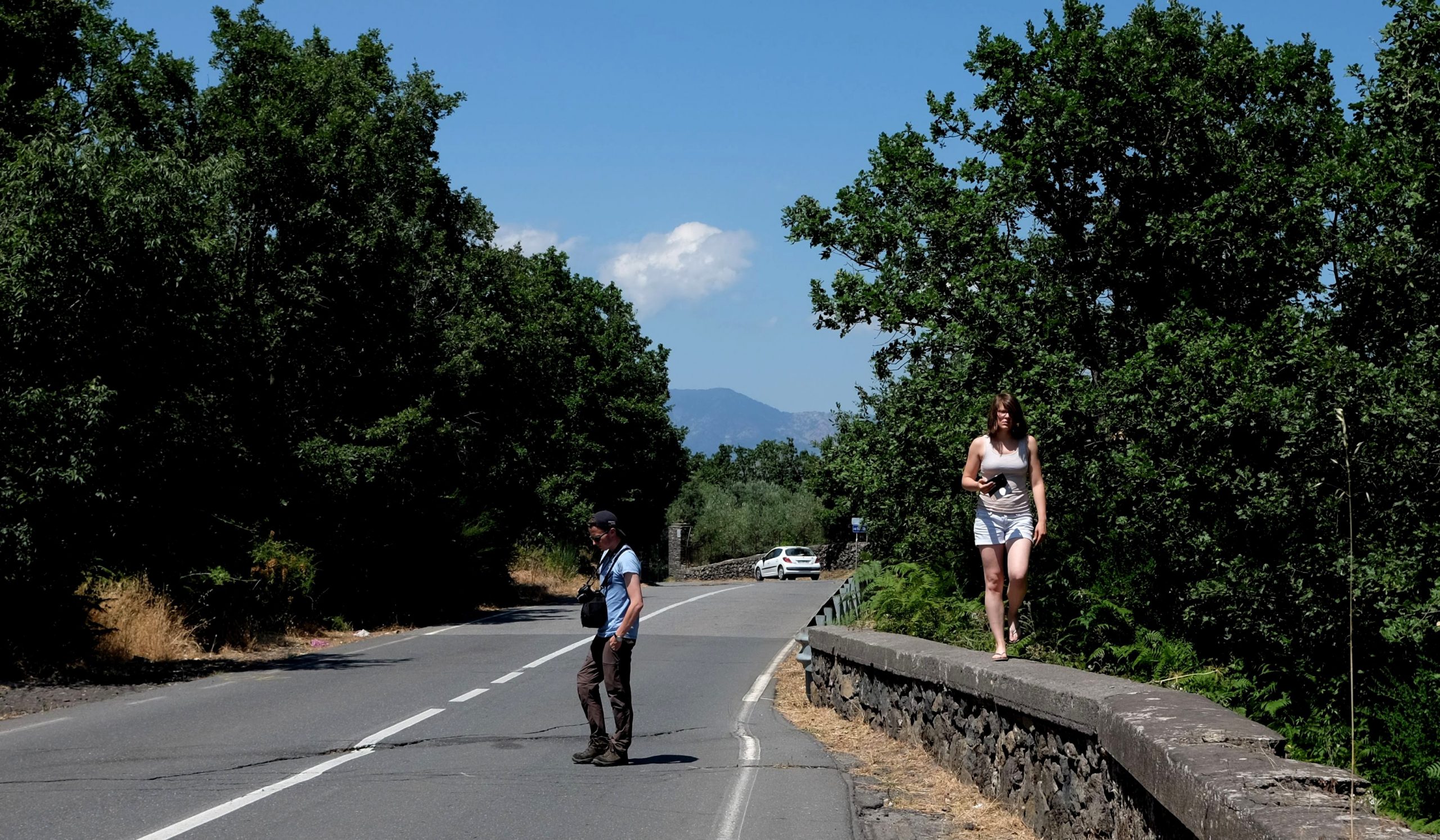 Figure 2: Roxane Ferry and I looking at a place where the Pernicana fault is crossing a road [© Pierre Briole]

The deployment of our Shakes was made in collaboration with several schools (Fig. 3) and institutions participating in the InsegnaciEtna array.  This project is coordinated by Pierre Briole, Senior Scientist at ENS, who was accompanying us during the field trip. It is also managed and operated jointly with the EDUMED team, who is a major actor of InsegnaciEtna.

Figure 3: Installation of a Raspberry Shake in the School Santo Cali of Linguaglossa on July 11, 2019 [© Pierre Briole]

I hope that the Raspberry Shake will provide school teachers from the Etna region and their students with a better understanding of the volcanic and seismic events happening next to them.

Figure 4: During our field trip we visited the village of Fleri, severely damaged by the Mw = 5.0 earthquake of December 26, 2018 [© Pierre Briole]

Our Raspberry Shakes were installed (R signs in Fig. 5) in:

The instruments are installed on both sides of the Pernicana Fault (shown in black in Fig. 5) and near to the fault. We expect our instruments to be able to detect very small earthquakes occurring on the fault. Of course, they will also record other signals associated with volcanism (explosions at the craters, volcanic tremors,etc), broad scale tectonics (earthquakes on Etna and western Sicily, etc.), as well as all large earthquakes occurring worldwide. 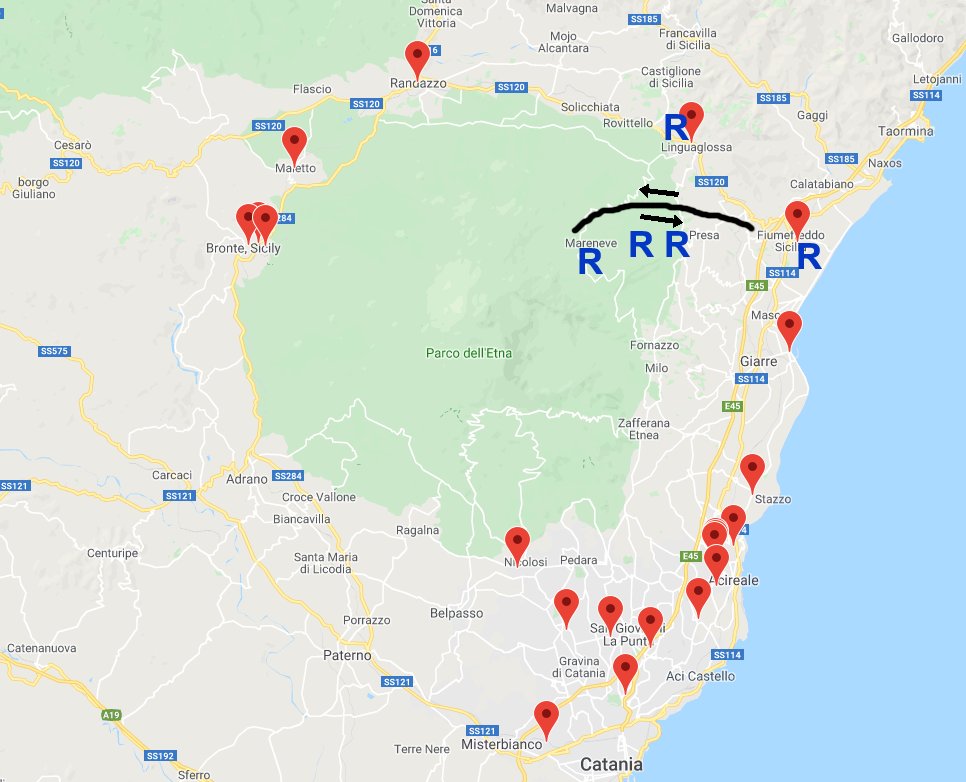 Figure 5: Location of the schools currently participating in the InsagnaciEtna array (see http://ietna.eu), and our five Raspberry Shakes (blue R) installed in July 2019. The Pernicana fault is shown in black and the arrows indicate the relative motion between the blocks.

Installing the instruments in the schools was a very interesting experience for me. Several students of ENS were there. The Italian teachers (despite some language difficulties!) were interested in seeing what we were doing and listening to our explanations.

Our discussions with the teachers and the local inhabitants demonstrated that the local community is well aware of the seismic hazards in the area. 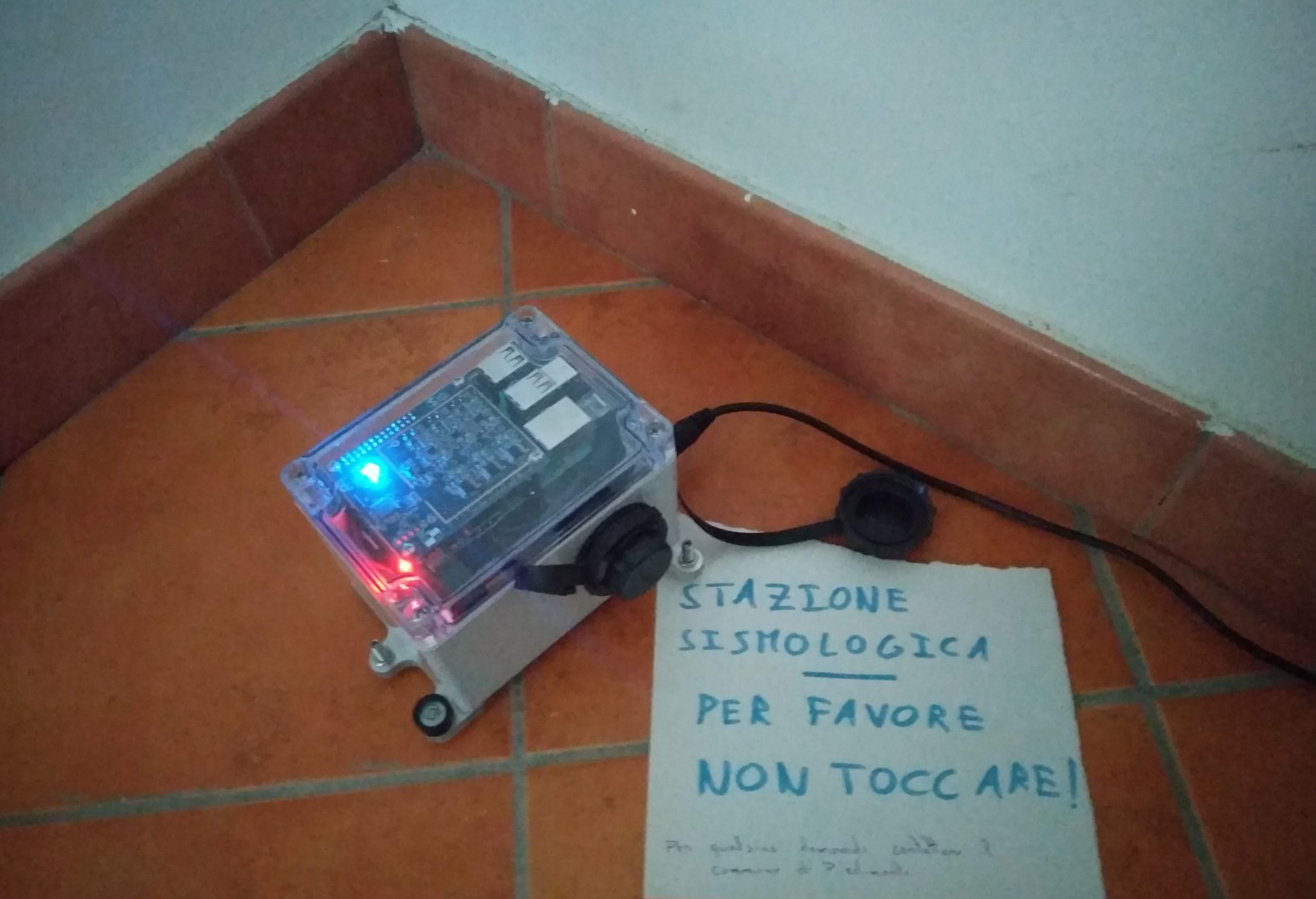 Figure 6: A Raspberry Shake in the municipality building of Presa (part of Piedimonte Etneo). [© Alexandre Barboni]

The deployment of these Raspberry Shakes allowed ENS students to become familiar with how seismic stations work, how they can be installed, and also gave more understanding of how citizen science functions. It will provide very useful teaching material to local schools thanks to the EDUMED network. 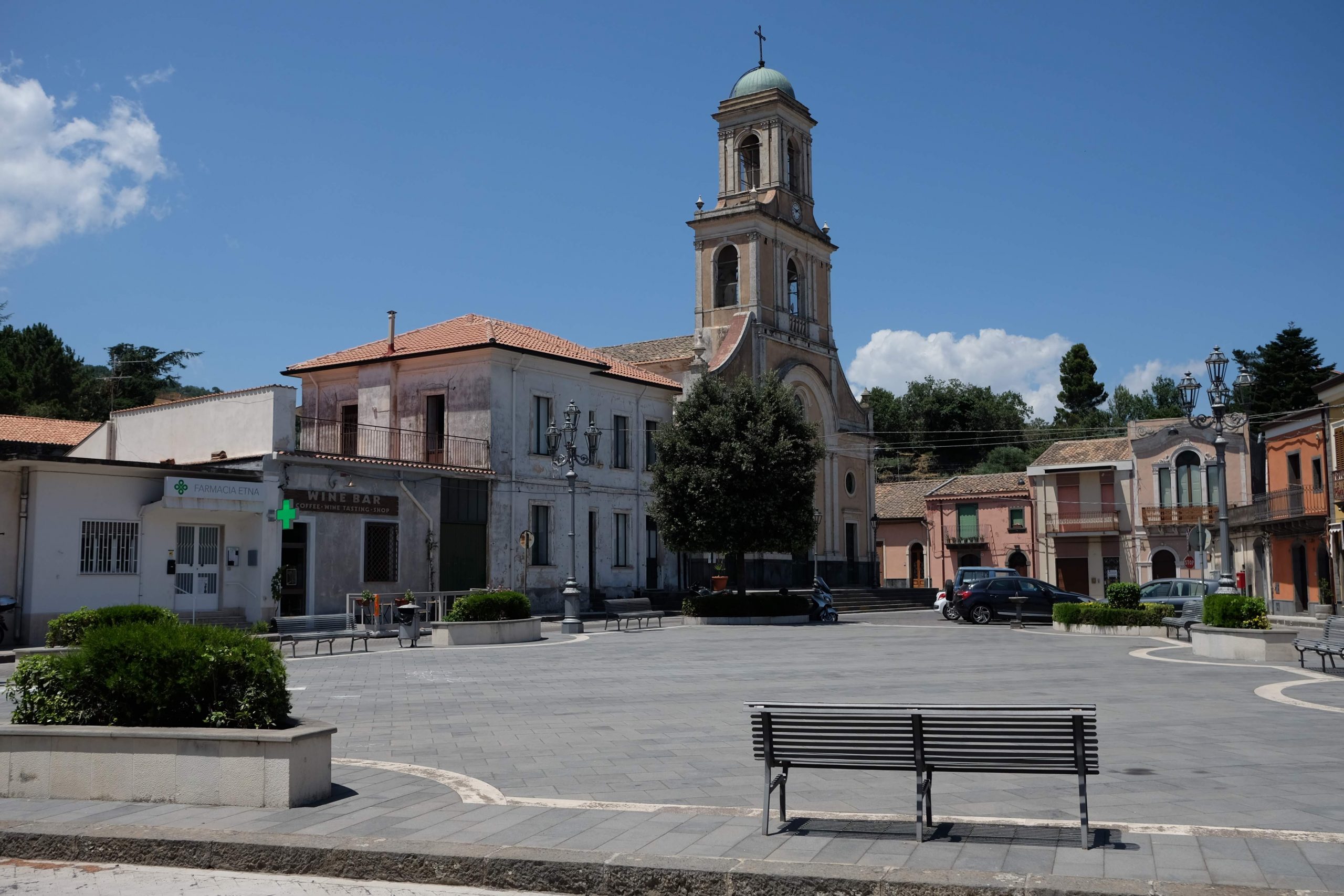 Figure 7: Presa (part of Piedimonte Etneo). The Raspberry Shake is installed in the building left of the pharmacy. The fault is very close to this station, approximately 150 m opposite to the angle of view of the picture. Earthquakes on the fault can be extremely hazardous for the buildings and inhabitants of that village. [© Pierre Briole]

In the first days after the stations had been installed, the volcano was very active. It was very exciting for us to show recordings of seismic events to the teachers, so soon after installation. Thanks to the EQInfo app (Android) we could even show the live waveforms on smartphones.

During our visit the volcano entered an eruption episode allowing us to record many earthquakes (low magnitude and not felt), tremors and even some explosions! 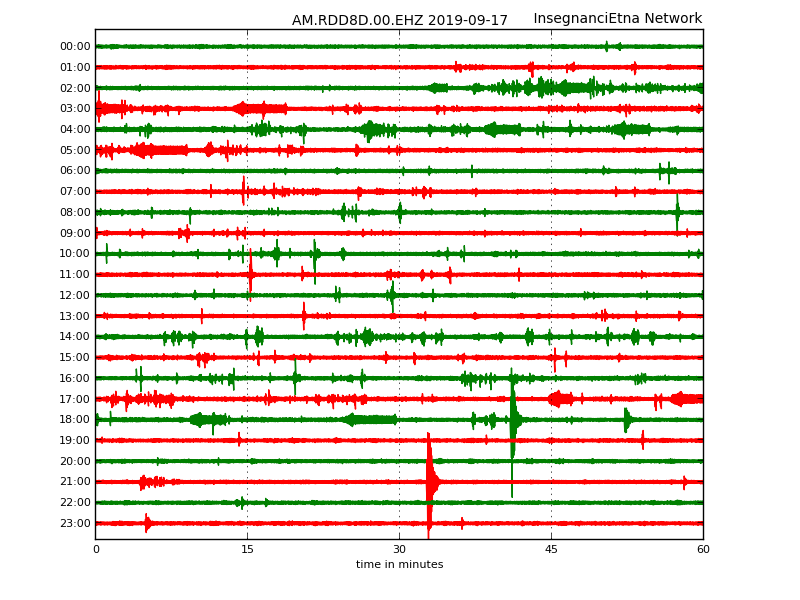 Figure 8: A daily plot of the earthquake activity recorded by the RDD8D station, provided by the EDUMED website. Several earthquakes can be seen, around 18:40 and 21:30 as well as other smaller ones.

Since our return, and now that the devices have been on site for a while, we have noticed that activity rises and falls on a regular basis. Sometimes we can record up to twenty earthquakes per day, but even in times of “low activity” we are likely to record at least a few quakes.

The goal now is to provide teachers and students from the area with some content and knowledge about the local seismic events, to raise their interest and maintain their awareness.

Thanks to the EDUMED program, the data is stored and explained to teachers from Sicily and all around the Mediterranean Sea. During a seminar on 12-13th October 2019, local high school teachers and students were able to attend conferences about the local seismology, which the deployment of our instruments helped improve understanding! 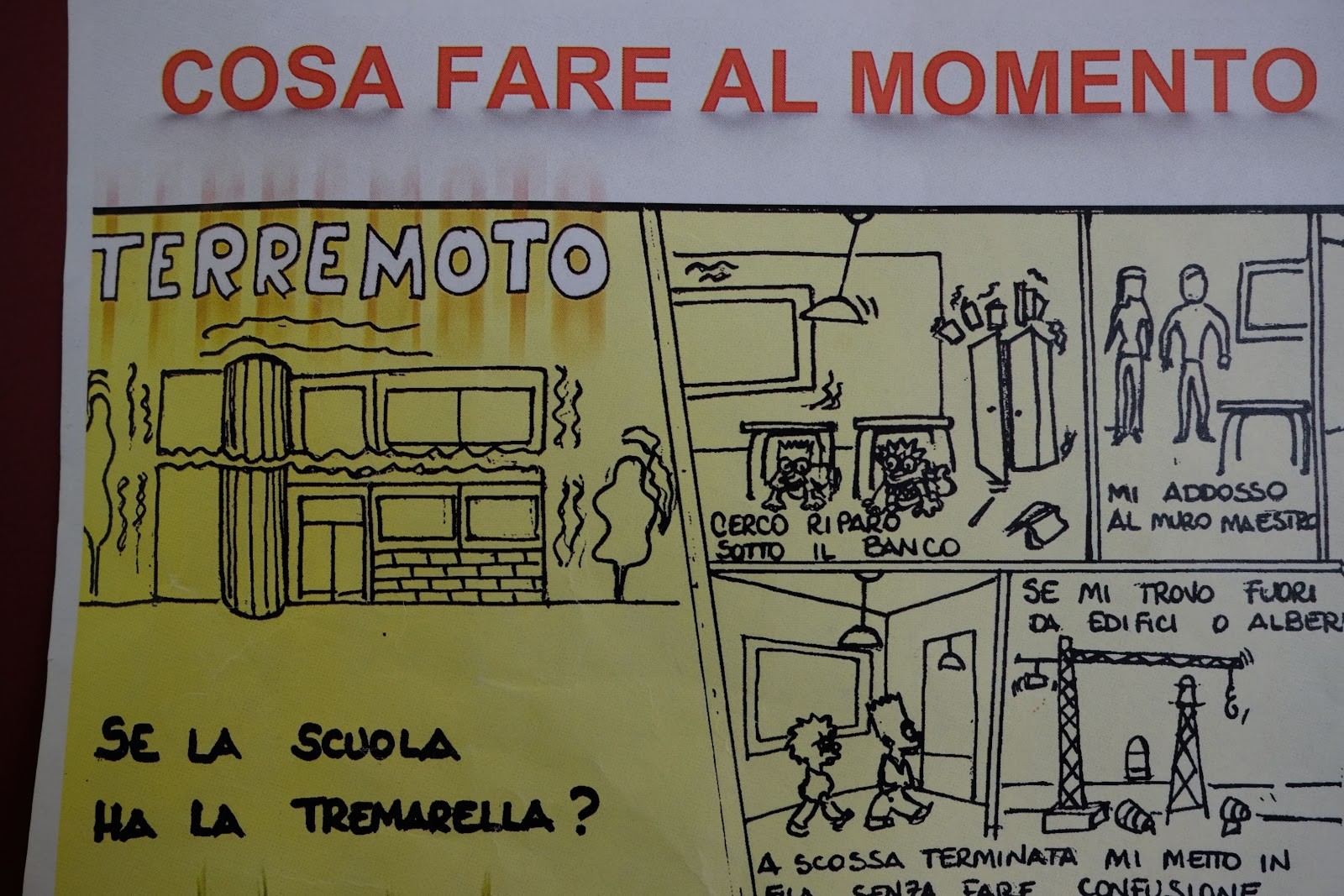 Figure 9: Etna’s surroundings are very prone to seismic activity.  Here is a small cartoon (in Italian) aiming at explaining to students the good behavior in case of an earthquakes. We hope Raspberry Shakes will also raise the awareness! [© Pierre Briole]

Our Raspberry Shake devices are currently online on Mount Etna and you can see their feed on the Station View map on the following links:

In the first months of 2020 I will carefully examine the data, which I am really looking forward to. Meanwhile we will be keeping a close eye on things to track every signal that might be of great interest!

At Raspberry Shake we love hearing about all the fascinating ways our little seismographs are being used, and it is truly exciting to know that there are now Shakes on Mount Etna! Thank you so much to Philippe Danré for making this possible and for sharing the details of this awesome project.