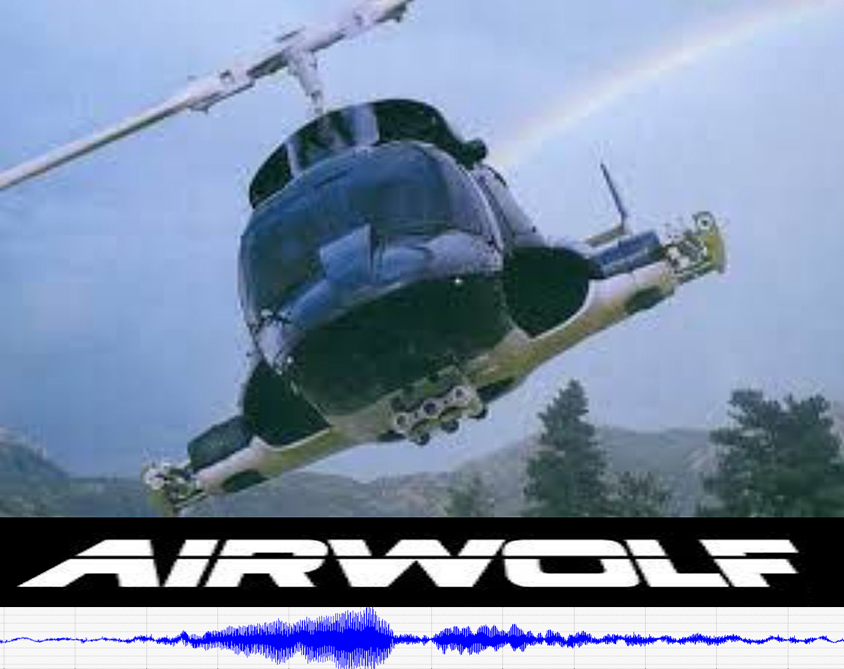 Jean-Paul Arnoul’ s Raspberry Shake station, AM.R0B29, is located on the French Brittany coast which is regularly surveyed by helicopters. He has captured the vibrations of the helicopters rotor blades shaking the ground and also converted the signals into sound as you can see in his account below.

My seismic station is located on the French Brittany coast and regularly monitored by helicopters whose characteristic sound of the blades is very intense and makes the ground tremble.

In these passages, my Raspberry Shake station observes characteristic signals of the Doppler-Fizeau effect. So I tried to calculate the speed of the aircraft from these recordings observed with Swarm.

The frequency diagram has a value of 22 Hz on the approach (Fa) and 14 Hz at the distance, and the velocity of the sound source is calculated. The frequency of passing in front of the observer is the average between these two values :

According to the the Doppler effect formula, one has:

On this second recording, we have frequencies from 20 Hz to 13 Hz,

Of course, recordings with a Raspberry Boom station would probably be more relevant.

Here are some of the recordings converted into sound:

If you have captured anything interesting on your Raspberry Shake (or Boom) we would love to hear about it!

You can see the real time activity from Jean-Paul’s Raspberry Shake on station view here.

A special thanks to Jean-Paul Arnoul for sharing this with us!