RUMBLES ON THE SAVANNAH: TESTING RASPBERRY SHAKE AND BOOMS FOR DETECTING AFRICAN ELEPHANTS 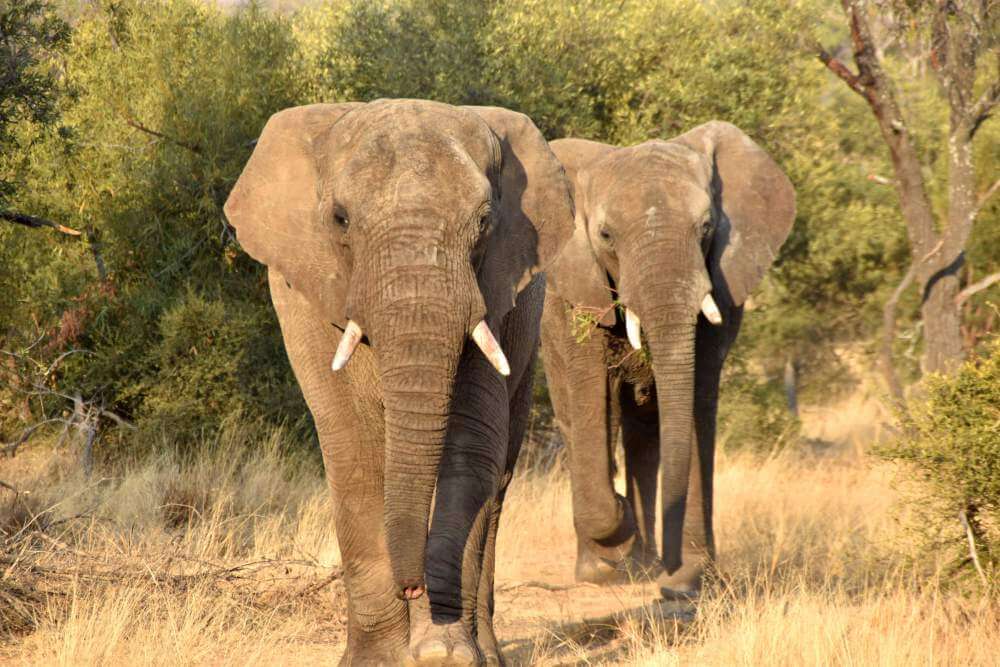 The two bull elephants at the Adventures with Elephants reserve, Chova (left) and Chishuru (right).

African elephants are well known for their trumpeting noises, but they also communicate using deep, intense ‘rumbles’. These rumbles can be loud enough to shake the ground and travel for several kilometers away from the animal. This is useful for elephants to talk to each other and coordinate their movements when they may not be able to see each other. Since these rumbles shake the ground, what better tool to measure and track the shaking than a seismometer? Can we use seismometers to monitor wild elephants, keep track of their movements, and ultimately aid conservation efforts for the vulnerable species?

This was the motivation behind a short experiment in South Africa in October 2019. The experiment was part of a wider project led by Prof. Mike Shore at the University of North Carolina at Chapel Hill to test and develop the next generation of sensors for monitoring elephants, including the Raspberry Shake and Boom (RS&B). The RS&B was included because it is relatively inexpensive compared to other seismometers of similar or higher sensitivity, but it had never been tested with elephants in the African savannah before. One aspect about the unit that is particularly attractive for us is the inclusion of seismic and acoustic sensors as well as a data recorder within one compact unit. This seemed to us an ideal solution for recording rumbles both through the ground as well as through the air.

Over four days, we deployed five RS&B units across the 3 km2 Adventures with Elephants Reserve in South Africa along with a suite of other sensors and data recorders. The reserve includes a small herd of seven elephants who are allowed to freely wander around for most of the day and are kept in a stable at night for their security. With permission from the reserve manager, Sean Hensman, we also arranged for several ‘reunion’ events where the herd was temporarily divided and then allowed to come together again a short while later. These reunions can be very loud and intense affairs, with lots of rumbling and trumpeting.  Ideal for testing the sensors! 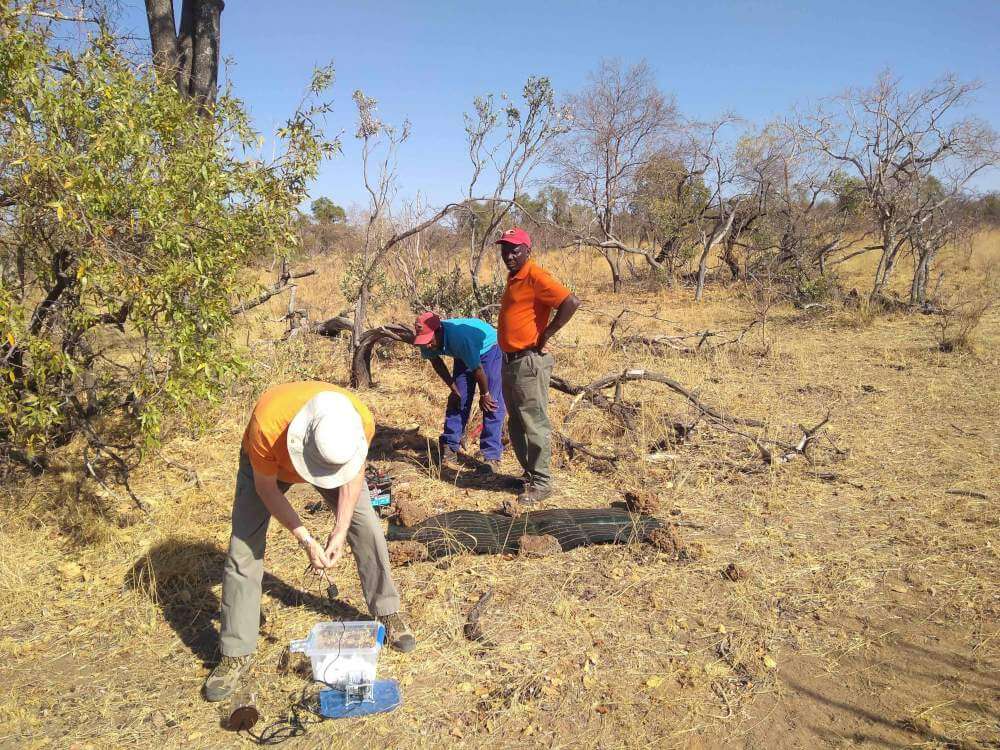 Deploying one of the RS&B units within the Adventures with Elephants reserve.

Overall, the RS&B units performed reasonably well. In one instance, it captured a range of different rumbles and trumpeting noises via the acoustic microphone (see figure below) from a reunion taking place approximately 30 m away. In another instance, it managed to capture hints of rumbles that travelled 100 m through the ground. Unfortunately, at further distances it seems like the rumbles were lost in the background noise. However, we think with an improved deployment set up we will definitely improve our recording capabilities.

If, in our original experiment, we could have built a small concrete vault for the sensor, we believe we could have detected more signals. Unfortunately, we were limited to temporarily placing the RS&B units inside plastic cases that were buried at a shallow depth into the soft soil of the reserve, which was not ideal. Still, we are confident we can refine these details and that the RS&B can play a genuine role as part of a wider network of sensors for monitoring African elephants in the wild.

The best example of Elephant rumbles recorded using the acoustic microphone of an RS&B unit. The top panel shows the unfiltered acoustic wave, with the bottom panel showing the waveform frequency spectrogram. Each of the ‘wiggles’ in the spectrogram is a ‘rumble’ from an individual elephant.

The overall project will continue for the next few years, with more tests and experiments with various sensors, including the RS&B. There was a plan to return to South Africa in 2020 but obviously the COVID-19 pandemic meant we couldn’t do that. There are hopes to return as early as late 2021, but it remains to be seen how the travel situation will develop. Nevertheless, analysis of the data recorded in October 2019 continues including testing of various automatic signal recognition algorithms. Ultimately, we foresee units like the RS&B being included within some kind of relatively low-cost system that can automatically recognize when an elephant is within a certain area.

Article in Frontiers in Conservation Science About Our Work 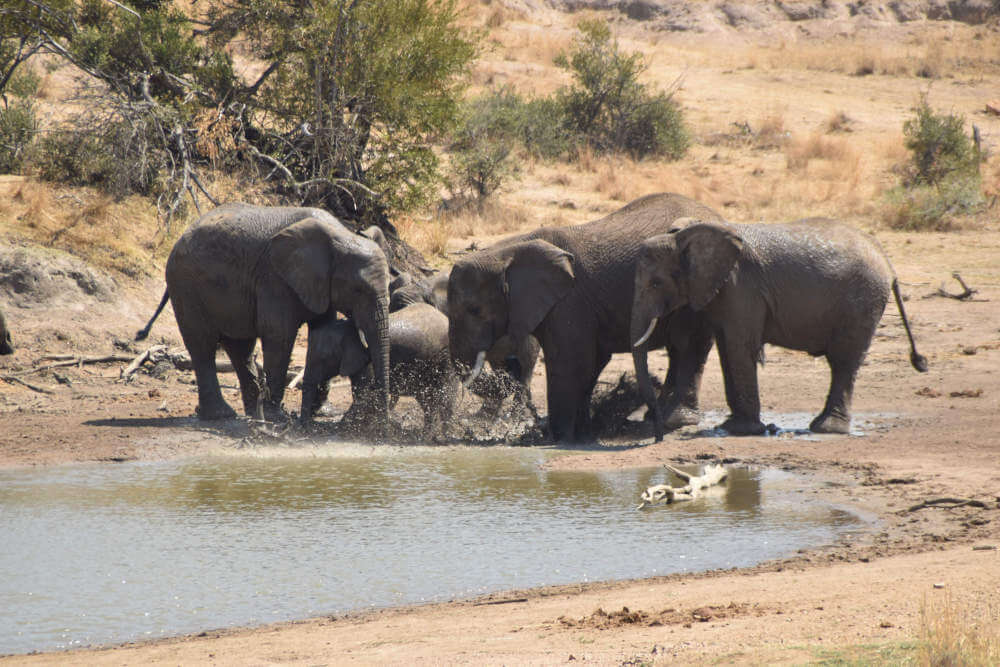 The herd enjoying a splash at one of the water reservoirs inside the Adventures with Elephants Reserve.

At Raspberry Shake we would like to say a huge thank you to Oliver Lamb for sharing details of this fantastic project. We are really looking forward to hearing how it develops!