Shawn Harrison a fellow Shaker and Oceanographer for the U.S. Geological Survey (USGS) has devised an interesting experiment on Barter Island in Arctic Alaska, aimed at analysing the oceans impact on coastal change, using the Raspberry Shake. 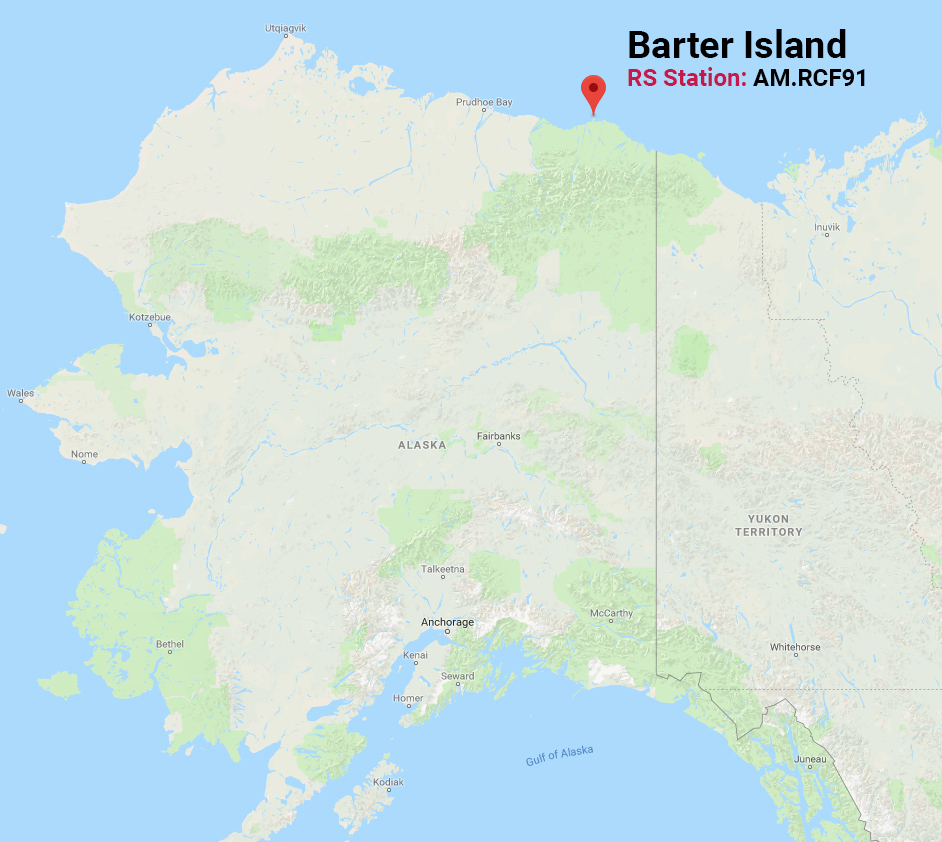 Arctic Alaska is one of the most susceptible areas of the USA to the effects of warming climate. Both coastal bluffs and low relief coastal plain areas are susceptible to the impacts of increased storm intensity and sea level rise. Coastal bluffs serve as polar bear nurseries and as protection for some native settlements, and low relief coastal plain areas are where much of the energy production infrastructure is located. Identifying and quantifying these effects are made particularly challenging by the remote nature and harsh climate of the Arctic.

So how does the Raspberry Shake fit in?

“Recently, we’ve been experimenting with integrating the Raspberry Shake into a few of our stations as a tool to remotely sense ocean wave characteristics. The idea is that as ocean waves impact the nearshore, the vibrations they generate can be felt by the Shake. We think that we can use the signal collected by the Raspberry Shake (or any seismograph) to quantify some of the wave characteristics.” – Shawn Harrison. 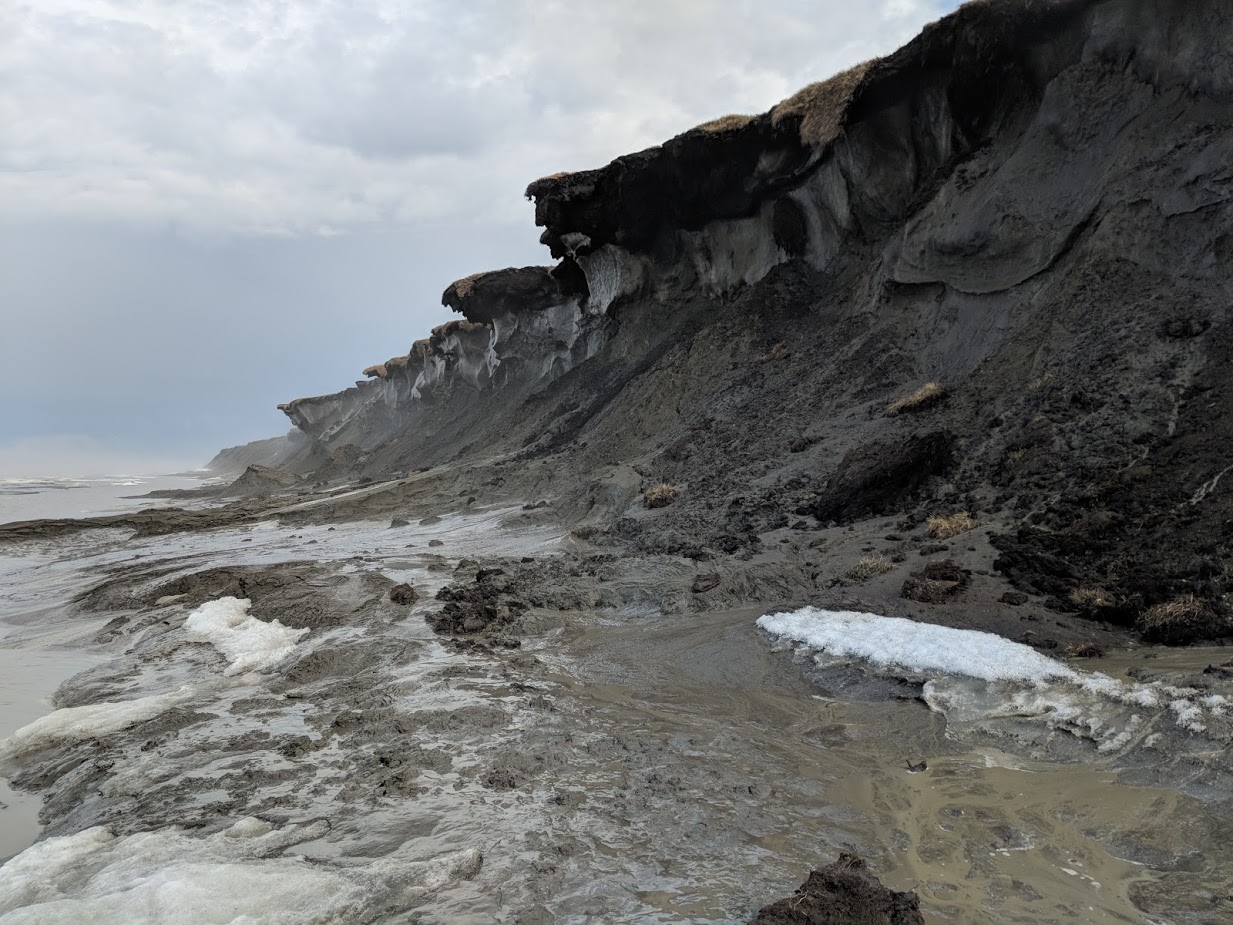 View of the highly erosive coastal bluff on Barter Island

To observe and record the physical changes in the area Shawn has an impressive set up. “I’ve designed a system that uses video cameras to observe and quantify coastal processes such as wave run-up, current, extreme water levels, along with the changes to beach morphology such as movement of sandbars, rip channels, shoreline, dune and bluff collapse, and even make maps of the underwater depth. The technique has been coined “Argus,” and has been used in several applications since its inception in 1981 by Rob Holman at the Coastal Imaging Lab at OSU. The system is almost similar to the Raspberry Shake in that it uses a small single board linux computer to control 2 machine vision video cameras, and telemeters the data real-time to us/public.” 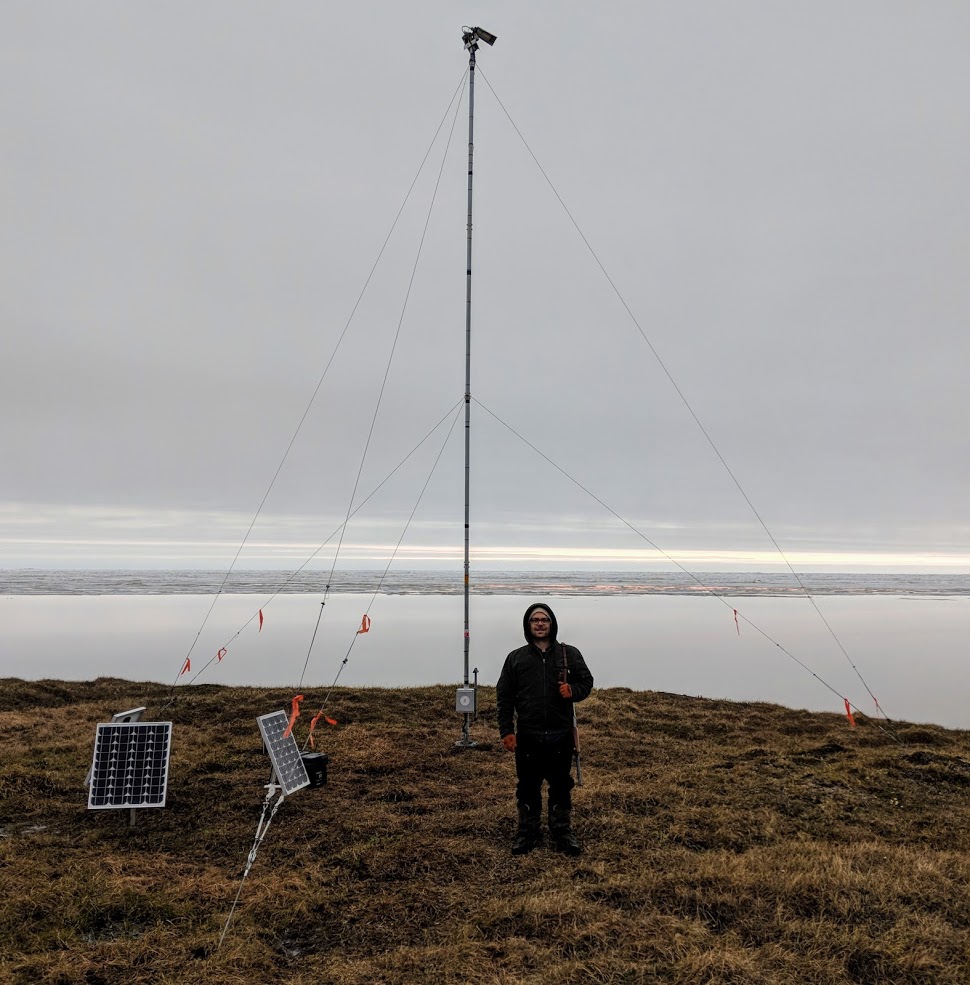 A monitoring location on Barter Island

“My video system is able to determine wave frequency and direction, but not wave height, so we’ve always wanted to find a way to better estimate height. Interpreting wave characteristics from seismic signal translated through the seabed into an adjacent dune or bluff is not straight-forward. So, our approach has been to collocate the Raspberry Shake and Argus camera station with in situ wave pressure sensors (in the water) that make measurements of the waves as they pass overhead. Then, we’ve trained an artificial neural network with the pressure measurements to interpret wave characteristics such as wave height, period, and energy from the seismic signal.”

Getting all the gear setup and the Raspberry Shake into a suitable location has certainly been a challenge for Shawn. “I wasn’t really sure how to mount the Shake in the tundra. At the peak of summer, the frozen soil thaws at the surface to nearly 90cm. The permafrost beneath is like concrete all year. I was worried that the shake would slump with the melting soil, so I drilled a meter-deep hole and mounted the shake on the top of a aluminium pole for stability, burying the entire shake beneath the surface of the tundra (to isolate from wind).” 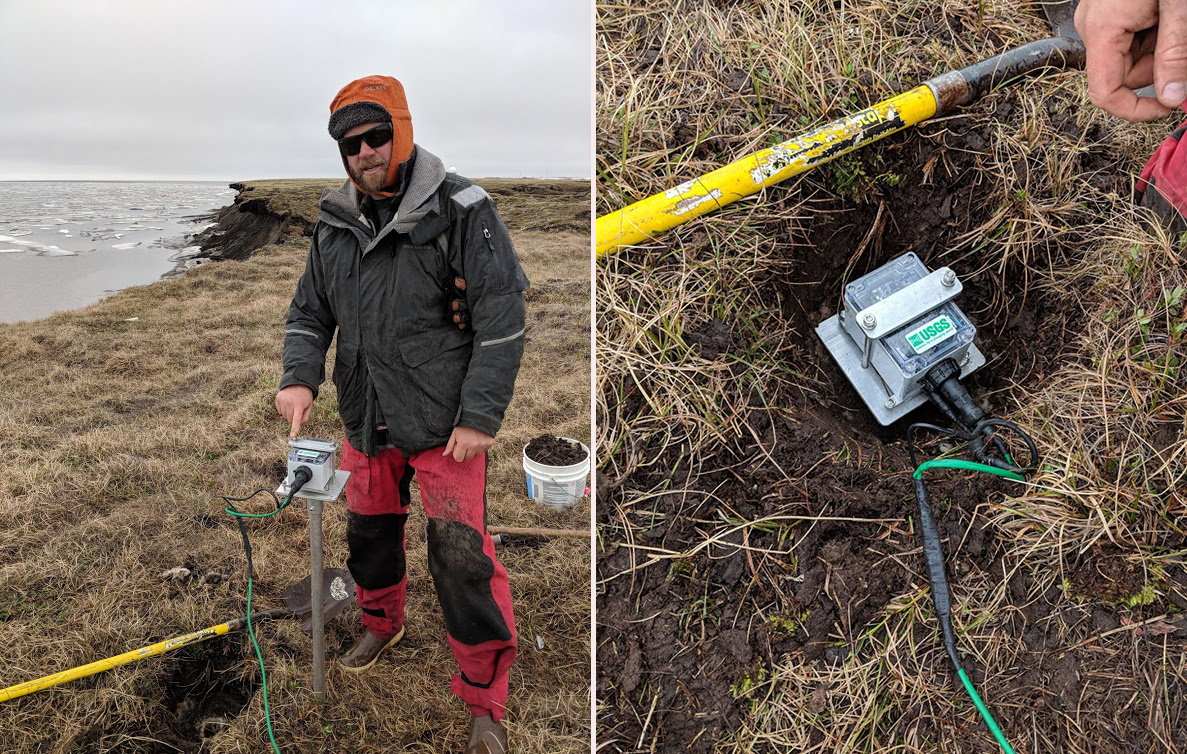 USGS scientist Cordell Johnson mounts the Raspberry Shake on an aluminium pole and buries it beneath the tundra.

So far Shawn and his team have attempted this set up at an intermediate energy sandy coastal bluff location in the central Monterey Bay, California and at an Arctic Bluff erosion hotspot in northern Alaska. According to Shawn, “the Arctic location is especially exciting because we struggle to gather typical oceanographic data about the waves because of the logistical complications of deploying instruments there, such as icebergs and boat access.”

Time-lapse photography of Barter Island in Alaska during three summer months in 2014 showing the pack ice melting and subsequent impact to the beach and cliffs from storms.

You can see Shawn’s Raspberry Shake station AM.RCF91 in action on station view and see imagery of the location here.

At Raspberry Shake we wish Shawn Harrison and his team the best of luck with his research and would love to hear about future developments and findings.

A special thanks to USGS Oceanographer Shawn Harrison and colleagues Li Erikson and Cordell Johnson for their contribution to this article including, links, photos and content.